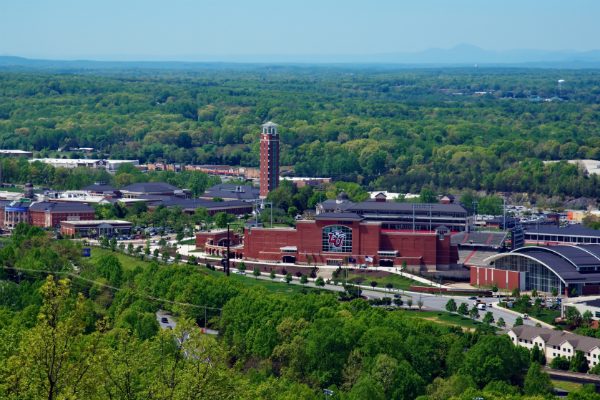 A scathing exposé in The Washington Post last week, written by Will E. Young — the former editor-in-chief of Liberty University’s “student-run” newspaper — describes a “culture of fear” surrounding free expression on the Lynchburg, Virginia, campus. The author argues that Liberty President Jerry Falwell Jr. has implemented “a censorship regime” in which he and Liberty administrators demand control over what student journalists print — and that such illiberal tactics reach far beyond the newsroom, into every aspect of campus life.

As a private university, Liberty is not legally bound by the First Amendment, and may decline to protect students’ free speech in favor of other institutional values. But for years, Falwell has publicly held out the university’s commitment to free expression as far superior to that which other institutions make — indeed, as among the very best in the nation and among the cornerstones of his institution.

Liberty’s policies, hidden from public view behind a password-protected web portal, are devoid of any written commitment that would effectuate its leadership’s proclamations. FIRE has acquired a copy, however, and determined that the policies provide Falwell and Liberty administrators with sweeping control over all manner of campus expression.

The promise of free speech

President Falwell frequently boasts of a commitment to freedom of expression, claiming that Liberty “promotes the free expression of ideas,” setting it apart from “many major universities where political correctness prevents conservative students from speaking out,” as he said in 2016. The crux of Fallwell’s argument seems to be that Liberty often extends invitations to prominent speakers from the left. Yet, ideological diversity in selected speakers, while positive, should not be mistaken for freedom of expression, which protects the ability to speak, not just to hear.

Falwell implicitly recognizes this distinction, claiming in an op-ed that “[f]ree speech and intellectual diversity are two of the most important pillars of a college education.” (Emphasis ours.) In the same article, he stated that “far too many academic institutions treat the concept of free speech with open hostility,” unlike Liberty. He repeated these refrains in June, adding that Liberty supports “students’ right to protest on campus grounds” and “freedom of the press,” and will “uphold freedom and put its ideals into practice.”

Despite Falwell’s unequivocal statements, however, Liberty’s actual policies permit the institution to restrict large amounts of speech deemed inappropriate — and evidence reveals that the university frequently does indulge in acts of censorship.

We’ve criticized Liberty’s failure to protect free speech several times in the past. These incidents have contrasted starkly with Falwell’s sweeping promises of a commitment to free expression. These acts include repeatedly cutting articles from the “student-run” newspaper, claiming a “right” to censor the newspaper, and Falwell installing his personal spokesperson as a “consultant” to the newspaper.

Will E. Young’s contribution to The Washington Post, worth reading in full, sheds light on the university’s efforts to censor the newspaper, including a “censorship regime” in which “in every issue of the Champion the administration strategically manipulated or erased stories” and in which nondisclosure agreements were required of student journalists and terminated faculty members. A number of examples also describe self-censorship, not censorship by the institution; students and faculty members may be less likely to voice diverse views if they cannot fall back on written commitments enshrined in the university’s policies.

Liberty University’s policies, kept behind a password-protected section of Liberty’s website, are embedded below. They do not affirmatively promise freedom of expression. On the contrary, Liberty’s speech codes grant nearly unfettered authority to administrators to restrict and penalize speech that would be protected under First Amendment standards. This is clearly at odds with Falwell’s claims.

For example, the most recent version of Liberty’s student code of conduct, the Liberty Way, says, “Derogatory comments of a sexual, religious, or racial nature will not be tolerated.” That’s an overbroad prohibition that certainly forbids speech that would be protected under First Amendment standards. The policy also says “name calling, taunting,” and “causing extreme embarrassment” are all punishable examples of “bullying.” While bullying may potentially rise to the level of unprotected speech when it crosses the line into unlawful harassment, banning speech that simply causes “embarrassment” is wildly overbroad. (After all, people frequently do things about which they probably should be embarrassed.)

The Liberty Way also includes a host of entertainment “guidelines,” which state that “[m]edia and entertainment that is offensive to Liberty’s standards and traditions (i.e., lewd lyrics, anti- Christian message, sexual content, nudity, pornography, etc.) are not permitted on or off campus,” and that students should use caution when viewing content such as movies that are rated “PG-13.” Though the policy calls these “guidelines,” they’re actually mandatory. According to the handbook, activities inconsistent with the guidelines are considered violations of the code.

Liberty’s On Campus Living Guide says all posters and pictures in the residence halls should conform to the university’s “music, movie, video, dress and conduct standards.” It’s unclear how a poster could violate a “dress standard” (do the individuals pictured in posters need to conform?), but the Liberty Way mandates that students follow dress guidelines, which include avoiding “extremes” and dressing “modestly and appropriately at all times.”

Most concerning is the code’s dangerously broad “catch-all” provision, making “[c]onduct inconsistent with Liberty’s mission or purpose that compromises the testimony or reputation of the university, or disrupts Liberty’s Christian learning environment” punishable by a $500 fine and possible suspension. Because just about anything could fall under this policy, Liberty may censor whatever speech it wishes, and may suspend the speaker.

These examples all demonstrate that Liberty’s policies do not promise free speech, and they’re not compliant with First Amendment legal standards. So where does this put Liberty among other private schools?

Though private institutions aren’t bound by the First Amendment, we do rate a fair number of private colleges in our Spotlight database of campus speech codes. When a private college clearly promises free speech in its written materials, we evaluate its policies just as we would evaluate a public college — given clear promises of free speech, students should reasonably expect rights commensurate with those of their peers at public schools. (The vast majority of private schools in our database, 98 out of 104, maintain written materials that promise free speech.)

In contrast, when a private college clearly and consistently places other values above free speech — as is their right as a private institution — we give the school a “warning” rating, so that prospective students can make an informed decision about whether to attend the school.

In the extremely rare case that a school password-protects its policies, we award the school an automatic overall “red light” rating, since this choice denies prospective students the ability to make an informed decision about the school. (Just one school in our 466-school Spotlight database currently earns a red light rating for password-protecting its policies.)

Liberty isn’t included in our Spotlight database at this time (we add private institutions based on U.S. News & World Report rankings). However, if it were to be included, Liberty would sit in this latter category, earning an overall red light rating for hiding its policies from public view.

Liberty must make a choice

Liberty needs to pick a lane. It should either promise free speech, and actually live up to what that means in policy and in practice, or President Falwell should stop promising to deliver free speech, and start being more transparent about the fact that the values of the university override students’ free speech.

It’s the students who pay the price of Liberty’s desire to have it both ways. Those who are expecting Falwell’s free speech promises to be fulfilled when they get to campus are being misled, and may not be able to transfer when they learn the truth. It is also unfair to students who do prefer an environment where their shared values with Liberty are placed above free speech, as they may be confused by Falwell’s statements and enroll elsewhere.

Liberty may certainly decline to follow First Amendment standards. But publicly claiming to protect free speech, while hiding the policies that demonstrate the falsehood of this claim from the public, dangerously misleads prospective students. Liberty should publish its speech-restrictive policies to the public, and its leaders should be more honest in public statements about the kind of speech that is and isn’t protected on its campus. Until then, this dissembling continues to do a profound disservice to both prospective and current students.

You can read Liberty’s password-protected policies in full below: