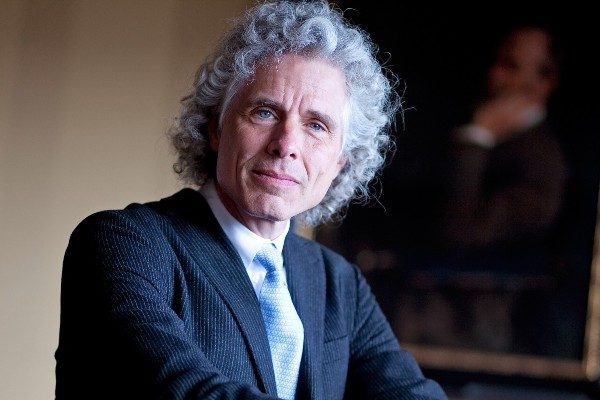 By the standards of the frequently white-hot temperatures of the current campus debates on race, policing, and related issues, the recent campaign against Harvard professor (and FIRE Advisory Board member) Steven Pinker seems almost quaint. The campaign quickly failed and, what’s more, the association to whom the petition was directed issued a clear and decisive defense of Pinker’s free speech rights, and the free speech rights of its members in general.

Nothing to see here, then? Not quite. Though it may not be more than a blip on the radar in terms of the overall upheaval FIRE has seen on campuses in the last several weeks, the campaign against Pinker matters in showing how dubious — if not outright spurious — claims can nonetheless gain currency, especially in times of turbulence. What’s more, such tactics have been employed elsewhere to more successful effect, chilling academic freedom in the process.

Briefly, the petition, addressed as an open letter to the Linguistic Society of America, sought to have Pinker removed by LSA from its lists of distinguished academic fellows and media experts, claiming that Pinker had “a history of speaking over genuine grievances and downplaying injustices, frequently by misrepresenting facts, and at the exact moments when Black and Brown people are mobilizing against systemic racism and for crucial changes.” The campaign relied primarily on a handful of Pinker’s tweets, some from recent weeks, others several years old.

For a deeper analysis of the individual claims, I recommend reading the analyses from University of Chicago professor Jerry Coyne, Reason’s Ronald Bailey, and The Atlantic’s Conor Friedersdorf. Briefly, though, the tweets flagged by Pinker’s critics generally address race and policing in one form or another. Two of the tweets link to articles in The New York Times, and two others link to articles in The Washington Post. The tweets are reasonably read as Pinker paraphrasing the thrust of the articles he links to. These are by necessity short — even more so because several of the tweets were posted before Twitter doubled the character limit on tweets from 140 to 280 characters. This is a pretty representative example:

Police kill too many people, black & white. Focus on race distracts from solving problem, as we do w plane crashes. https://t.co/fUxJipp3Fr

The New York Times article Pinker links to in this 2017 tweet focuses on efforts to “safety-proof” policing to remove as many opportunities for confusion and violence as possible, with a particular focus on traffic stops. Among those featured in the article are a group of Black female computer science students who designed a “Virtual Traffic Stop” app that could allow stops to proceed while removing opportunities for confusion and escalation. As the article describes, this isn’t a race-based solution in that it doesn’t specifically target racial biases, but could potentially help in addressing a problem that disproportionately affects racial minorities. The open letter to LSA characterizes this tweet as “Pinker mov[ing] to dismiss the genuine concerns about the disproportionate killings of Black people at the hands of law enforcement by employing an ‘all lives matter’ trope[.]”

It goes on in this vein. The open letter pounces on two Pinker tweets from this June, saying that he “uses the dogwhistle ‘urban crime/violence’” when linking to two Washington Post columns … the authors of which are, in fact, academic experts in urban crime and violence. Reason’s Ronald Bailey writes, “It apparently never occurred to the zealous letter-writers that instead of dogwhistling, Pinker might merely be using shorthand phrases on Twitter to alert readers to op-eds that he thinks shed light on contemporary questions about race and policing.” One wonders how more than 600 people, academics among them, could have signed their names to a letter showing this level of rigor. (Interestingly, The New York Times reports having difficulty ascertaining precisely who authored the letter, and also notes that “several prominent linguists have said their names had been included without their knowledge.”)

Drafting and/or signing a petition calling for action against another individual is, of course, a fundamental First Amendment right. What’s more, LSA can likely remove the distinctions it grants a member (assuming it follows its own rules), without violating that member’s legal rights. Yet this campaign met the end it deserved. The LSA promptly rejected the letter, informing Pinker that “[i]t is not the mission of the Society to control the opinions of its members, nor their expression.” That such a campaign was able to gain traction, however, offers disturbing commentary on the present moment in higher education, in which speech on race, policing, and related issues is especially scrutinized. And while scrutiny of student and faculty speech on these subjects is uncommonly high, the standards to which the charges hold themselves are correspondingly low.

Faculty will most certainly take note of the actions colleges take against administrators, note the implications they may have for academic freedom, and adjust accordingly.

For another example, it’s worth visiting the case of Stephen Hsu at Michigan State University. His case is more sobering, because the campaign succeeded in forcing his resignation as MSU’s Vice President for Research and Graduate Studies. (Hsu, a theoretical physicist, remains on MSU’s tenured faculty.) Hsu was brought down in significant part by the pressure on MSU generated by a Twitter thread and accompanying petition by MSU’s Graduate Employees Union, which cobbled together a string of decontextualized, condensed remarks on genetics and intelligence to brand Hsu “a vocal scientific racist and eugenicist.”

Hsu rebutted the claims in a post on his personal blog, accusing the petitioners of acting in bad faith. He had a point. Apart from the fact that Twitter is a woefully inadequate forum to debate intricate matters of science (or even to accurately characterize them), some of the claims against Hsu are dishonest on their face. To highlight one example, the GEU seized on the fact that a study supported in part through his office’s funding (Hsu oversaw research expenditures of roughly $700 million) suggested that there was no widespread racial bias in police shootings. GEU characterized this by saying that “Hsu’s office appears to have directed funding to research downplaying racism in bias in police shootings,” implying that this was his very goal. This is a striking charge to make against a scientist’s integrity without presenting any evidence; it’s also simply not how scientific inquiry works.

The claims against Hsu alleged no concrete misconduct or malfeasance in carrying out his administrative duties; rather, they amalgamated a disparate set of remarks, attributed the least charitable set of motives to his making them, and stated that someone holding those purported beliefs was per se unfit to hold his position. Unfortunately, MSU went for it. On June 19, MSU president Samuel Stanley demanded, and received, Hsu’s resignation as VP.

The president of MSU’s Graduate Employees Union cheerfully expressed the opinion that the Hsu episode should have no chilling effect on academic freedom, because the GEU only sought to have Hsu removed from his administrative position and not from the tenured faculty. To be sure, there are significant differences between the two propositions, and administrators are generally considered at-will employees who can be fired any time. (Administrator cases are also outside the scope of FIRE’s mission of defending student and faculty rights.). But from someone who’d just helped mount a successful campaign that worked in part by declaring a range of opinions on certain issues effectively outside the bounds of legitimate academic inquiry, this assertion is laughable.

Faculty will most certainly take note of the actions colleges take against administrators, note the implications they may have for academic freedom, and adjust accordingly. Universities may not be so easily able to rid themselves of tenured faculty members, but several years of faculty cases suggest that universities can be quite willing to override faculty governance for the purposes of pursuing discipline (including termination and loss of tenure) against faculty for speech demonstrably protected by their academic freedom. And then, of course, there’s the fact that tenure simply isn’t available to many faculty, and that adjunct faculty are especially vulnerable and can be disposed of just as quickly and unceremoniously as administrators. Earlier this year Babson College fired adjunct professor Asheen Phansey for a Facebook post criticizing President Trump’s tweeted threat to bomb Iranian cultural sites. Why shouldn’t we expect colleges facing unprecedented demands to police the speech of their community members to do the same?

The short-lived campaign against Pinker shouldn’t be written off because it failed to achieve its objective; it should be paid attention to because it comes fundamentally from the same impulse as so many of the other campaigns FIRE has seen in recent weeks. Universities are under pressure not just to censor and sanction speakers crossing a subjective line on sensitive topics, but to effectively impose an orthodoxy on fraught and contentious issues. Fundamental to imposing this orthodoxy is the rooting out of individuals suspected of not being sufficiently devoted to the cause and demanding reprisal against them. Universities must strongly reject these calls, and they should get ahead on the matter by coming out strongly in support of faculty members’ right to free expression. If they don’t, they risk creating a vacuum where half-baked campaigns against free expression can come in and do the talking for them.