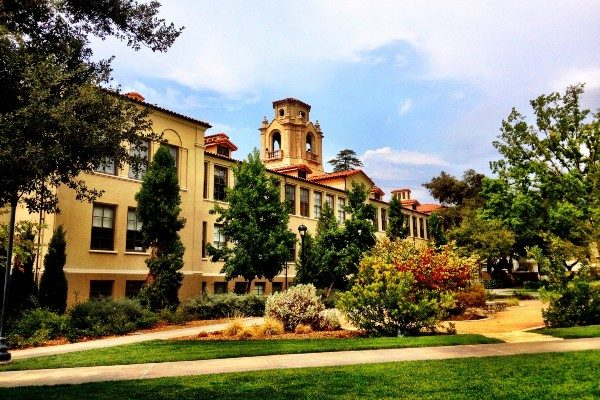 Last week, the student government at Pomona College — a private university in Southern California — adopted a resolution limiting how it spends student fees and calling for adoption of a rule prohibiting the funding of student organizations that “fail to divest” from or purchase “goods or services from companies that contribute to the settlement and occupation of Palestinian occupied territories by . . . UN-designated companies or the Israeli state.” Depending on how it is implemented, the resolution presents a risk to students’ expressive rights — and if the full goals of the resolution are adopted, it will seriously imperil those rights.

The resolution commits the student government to “change its internal spending habits,” specifically its own investments and spending by its events committee. It then concludes:

BE IT FURTHER RESOLVED, that ASPC calls upon the other Claremont Colleges Student Government Associations to follow suit, with the end goal of an ultimate adoption of a Consortium-wide agreement to ban clubs from using student government allocations to invest in or purchase goods or services from companies that contribute to the settlement and occupation of Palestinian occupied territories by the UN-designated companies or the Israeli state. Clubs that fail to divest and/or refrain from such uses of funding would face the loss of all Claremont Colleges Student Government Association funds.

Yet the resolution also casts an eye toward the student fees it distributes to student organizations on behalf of the college.

FIRE takes no position on boycotts of Israel or broader BDS movements, except to the extent such a boycott imposed by a university could negatively impact the free expression rights of faculty and students.

First, the Pomona Events Committee — which appears to receive the lion’s share of student fees in contrast to that set aside for club allocations — allows students to request funding from the committee itself. If the resolution’s reference to “internal” spending means that the resolution only binds the event committee’s spending on its own events, as opposed to funding requested by other organizations, this — again — does not violate those groups’ rights.

However, the resolution then “calls upon” other student governments to pursue a future agreement to require adherence to boycott and divestment as a condition of receiving any student fee funding. If it were implemented in the future — the resolution appears to only urge adoption of a future policy, but does not contemplate present compliance — it would seriously imperil the rights of student organizations that are either pro-Israel or prefer not to take a position.

This protects the expressive rights of organizations both critical and supportive of Israel against attempts to utilize access to funding as a cudgel to police student speech.

Just as joining a boycott is expressive, so too is declining to join or actively opposing a boycott. As the resolution itself recognizes, remaining “apolitical” is “fundamentally a political statement” itself. Recognizing that the freedoms of expression and association shield boycotts also means recognizing that they protect the choice not to participate in them: If a student organization has the right to boycott, it likewise has the right not to boycott. As one critic of the resolution rightly notes, mandating participation in a boycott — a form of compelled speech — would have the effect of “suppressing the free speech of Jewish and pro-Israel students” because it requires pro-Israel student organizations “to disavow their support for Israel or lose their student government funding.”

Efforts to limit speech by limiting access to funding are not novel attempts at censorship. On the other side of the country, a Students for Justice in Palestine chapter is still fighting for recognition at Fordham University, while a chapter of Progressive Zionists for Peace successfully pushed back against its student government’s hesitation to recognize the group. Meanwhile, a bill pending in New York’s State Senate would defund student groups that promote boycotts of Israel and other nations.

FIRE takes no position on boycotts of Israel or broader BDS movements, except to the extent such a boycott imposed by a university could negatively impact the free expression rights of faculty and students. That is what would happen here if the Pomona resolution’s ultimate goal — requiring other student organizations to engage in divestment or a boycott themselves — is realized. We urge Pomona’s student government to reject calls to mandate support of a boycott.