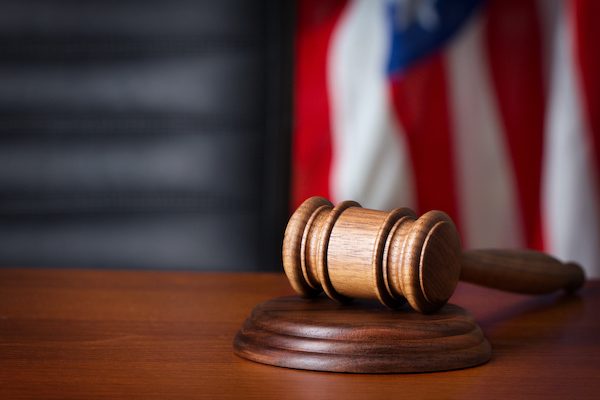 The Supreme Court itself recognized this as far back as 1803 when it famously stated “where there is a legal right, there is also a legal remedy.” But since then, the high court has eroded that “indisputable rule,” leaving a class of litigants — those with claims against federal officials — without any remedy for past violations of certain constitutional rights.

FIRE plaintiff Jared Nally is one such litigant. With FIRE’s help, Jared sued his federally operated university to vindicate his First Amendment rights after a university official silenced him. But the district court dismissed Jared’s First Amendment retaliation claim, holding that he could not recover money damages to remedy the constitutional injury he suffered. Prohibiting plaintiffs like Jared from recovering damages undermines the First Amendment by rendering it virtually toothless to vindicate past harms inflicted by federal actors.

So today, FIRE filed an amicus curiae brief urging the Supreme Court to protect the rights of plaintiffs like Jared by recognizing they are entitled to damages when powerful federal officials retaliate against them for their expression.

The case of Jared Nally and The Indian Leader

Jared was the editor-in-chief of the independent student newspaper The Indian Leader at federally operated Haskell Indian Nations University. After his reporting criticized Haskell, university President Ronald Graham retaliated by subjecting Jared to a “Directive” forbidding him from engaging in newsgathering activities under threat of discipline. Jared sued Graham, Haskell, and the Bureau of Indian Education, advancing claims that included a First Amendment retaliation claim for damages against Graham.

Graham has since been fired and his retaliatory Directive revoked, leaving damages as the only remedy against Graham for Jared’s injury. Because Graham was a federal official, Jared’s First Amendment retaliation claim against him arose under Bivens v. Six Unknown Named Agents of the Federal Bureau of Narcotics, a 1971 decision that recognized certain damages claims “directly under the Constitution.” Bivens was a Fourth Amendment case, but its reasoning held true for all constitutional rights, and in subsequent decades litigants used Bivens to vindicate their rights.

But in recent years, the Supreme Court has drastically limited damages claims against federal officials.

The Supreme Court chips away at damages claims under Bivens

The Supreme Court has cautioned courts against “expand[ing]” Bivens to “new contexts” where “special factors counsel hesitation” — chief among them concern about the proper separation of powers between Congress and the judiciary. District and circuit courts have heeded this command, holding that cases asserting any right other than those protected under the Fourth, Fifth, or Eighth Amendments present a new context and call for a “special factors” analysis—which nearly always ends in a loss for the plaintiff. This leaves many speakers who experience First Amendment retaliation with no legal remedy.

FIRE urges the Supreme Court to recognize that speakers who experience retaliation at the hands of federal officials should be entitled to damages.

Damages are often the only remedy for silenced speakers

The framers of the Constitution created a government of limited powers and chose to further protect individual rights by ratifying the Bill of Rights. Among those rights, the First Amendment protects freedom of expression to encourage robust participation in the marketplace of ideas and democratic governance. The framers would have assumed these fundamental rights were fully enforceable — otherwise, why adopt a Bill of Rights at all?

Often, damages are the only way to remedy retaliation in violation of the First Amendment, because the retaliation itself is complete — it’s in the past. Without backward-looking damages, federal officials are off scot-free.

In Nally, for example, the district court held that alternative administrative remedies were available to Jared. But those administrative remedies only bind defendants moving forward — they do not remedy damage already done. Given that Graham was removed, and his retaliatory actions were rescinded, there is no relief available for Jared other than damages. As a result, the only way to remedy the violation of Jared’s First Amendment rights is through backward-looking money damages. Precluding that remedy chills speech and permits federal officials to unlawfully silence their critics again in the future.

Jared’s predicament is particularly infuriating because damages would be available to virtually all other public college and university students who experience this kind of First Amendment retaliation through run-of-the-mill suits under federal civil rights statutes.

Federal officials should not have an additional, nearly impenetrable shield against liability.

There’s no reason speakers who happen to experience First Amendment retaliation at the hands of a federal, rather than a state, official should be left without a remedy. And government actors at both the state and federal level already enjoy a powerful shield against liability for their conduct; qualified immunity. Federal officials should not have an additional, nearly impenetrable shield against liability because courts refuse to recognize a First Amendment retaliation claim against them.

That’s why FIRE urges the Supreme Court to recognize that speakers who experience retaliation at the hands of federal officials should be entitled to damages.

Oral argument in this case is set for March 2. FIRE is hopeful the high court recognizes that maintaining this gap between a speaker’s First Amendment rights and their ability to enforce those rights will not do — speakers who are silenced by federal officials must have a remedy in court.