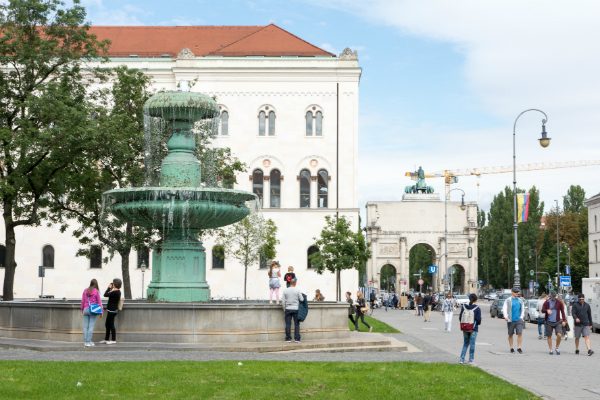 “It doesn’t take a rocket scientist to conclude that the mere possibility of being denied an American visa could push international academics to even more intellectual conformity and avoiding certain fields of study,” Kerem Schamberger wrote last week in Jacobin about his experience with trying, and failing, to obtain a visa to travel to the United States for an academic conference.

Schamberger, a German citizen who works at the Institute for Communication Science and Media Research of the Ludwig Maximilian University of Munich as a research assistant, describes himself as “a member of the Marxist Left.” And Schamberger believes that his scholarship and political views are directly responsible for his inability to obtain a visa to present at the International Communication Association Conference, held in Washington, D.C. in May 2019.

Schamberger originally applied through the U.S.’s Electronic System for Travel Authorization, available to citizens from some countries (including Germany), in March. He expected problems due to his research visits to Iraq, Iran, and Syria, and his status “as a member of the Communist Party and a relatively well-known figure on the German left.” His online application was denied, meaning he needed to attend an interview at the U.S. consulate in Munich.

Schamberger reports that ten minutes after his interview he was congratulated and told he had been granted a visa. Only hours later, however, he was informed via email that his visa was refused because it had been “determined that your visa application requires additional administrative processing.” That processing, Schamberger learned, involved a questionnaire that asked for information including any email addresses and “unique user name[s] for any websites or applications . . . used to create or share content (photos, videos, status updates, etc.) as part of a public profile within the last five years.”

Schamberger answered the questions but wrote that he felt “ashamed” for being “willing to sacrifice every last shred of my privacy.”

Months passed, and Schamberger never received an update about the status of his application. As a result, he was unable to attend the conference to present on his topic, Kurdish media. Schamberger explained how viewpoint-based border restrictions could harm the free exchange of ideas:

Why conduct research in Syria, Iraq, or Iran if it could lead to being barred from entering the United States? Why make critical remarks in public, let alone join a trade union or leftist organization, if it could end up restricting your freedom of movement and limiting your academic freedom?

The barriers imposed by visa restrictions also mean that scholarly interventions, ideas, and concepts developed in poorer countries have a much harder time finding an audience, as they are not present at academic conferences and thus cannot be discussed by international scholars. Intellectual networks — a highly valuable commodity in the academic world — also cannot be built if one cannot make it to the conference in the first place.

To Schamberger, access to the U.S. is vital to anyone hoping to succeed in an academic career: “The United States is one of the most important countries for science, research, and teaching. Publishing in English is essential to any academic career, and nearly one third of the world’s top five hundred universities are located within its borders.”

Schamberger joins a growing list of activists and advocates who claim that their political views have hampered their ability to engage in expression and scholarship in U.S. academia. This is a concern FIRE has raised repeatedly this year, when both co-founder of the Boycott, Divestment, and Sanctions movement Omar Barghouti and Palestinian politician and negotiator Hanan Ashrawi were denied visas ahead of campus speaking visits, and when the U.S. State Department adopted a policy requiring all visa applicants to provide five years’ worth of social media identifiers.

The potential for viewpoint-based denials of entry to academics, students, and activists invited to study or speak U.S. campuses should give Americans pause. Our principles of academic freedom and freedom of expression are not universal if they are abandoned at the border.

Schamberger’s story is reminiscent of Ernest Mandel, a Belgian Marxist economist and activist who was invited to speak at Stanford, Princeton, Columbia, and other universities in 1969, but was rejected entry by the State Department. In Kleindienst v. Mandel, the Supreme Court reversed the district court’s ruling that the First Amendment grants citizens the right to hear and respond to Mandel’s views, writing that “[w]hat First Amendment or other grounds may be available for attacking exercise of discretion for which no justification whatsoever is advanced is a question we neither address nor decide in this case.”

In a dissent joined by Justice William Brennan, Justice Thurgood Marshall disagreed, writing  that he was “stunned to learn that a country with our proud heritage has refused Dr. Mandel temporary admission.” Justice Marshall explained that he was “convinced that Americans cannot be denied the opportunity to hear Dr. Mandel’s views in person because their Government disapproves of his ideas”:

The freedom to speak and the freedom to hear are inseparable; they are two sides of the same coin. But the coin itself is the process of thought and discussion. The activity of speakers becoming listeners and listeners becoming speakers in the vital interchange of thought is the “means indispensable to the discovery and spread of political truth.” . . . .There can be no doubt that by denying the American appellees access to Dr. Mandel, the Government has directly prevented the free interchange of ideas guaranteed by the First Amendment. It has, of course, interfered with appellees’ personal rights both to hear Mandel’s views and to develop and articulate their own views through interaction with Mandel.

Together, Schamberger and Justice Marshall’s words address how visa denials can affect speech outside and inside the United States. When border restrictions are used to interfere with academic institutions, everyone suffers: academics may infer (perhaps correctly) that they must self-censor to gain entry to the U.S., and U.S. students and faculty may lose out on opportunities vital to education — engagement with new, and sometimes controversial, ideas and scholarship. Neither result should be disregarded in a country committed to expressive freedoms.