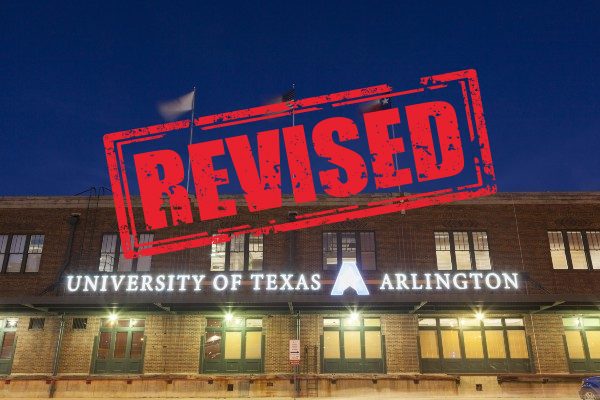 (Editor’s note: This policy has since been revised. Please visit the University of Texas at Arlington’s entry in FIRE’s Spotlight Database for more information.)

College students across the country are starting their fall semesters during a turbulent time, to say the least. With demonstrations against racial injustice sweeping the nation and the presidential election right around the corner, students will want to get out on campus and weigh in on controversial topics. But students at the University of Texas at Arlington should be warned before expressing themselves, as they could be punished for anything that “can be perceived to be … hateful.” This policy is FIRE’s Speech Code of the Month for September.

UT Arlington’s “University Facilities Use Policy” regulates students’ use of the campus for expressive activities like engaging in protests and handing out flyers, and places the following limit on the content of speech:

It’s hard to imagine an example of expression that wouldn’t qualify as potentially “hateful.” To name just a few that would: A sign that says “Black Lives Matter,” a “Thin Blue Line” flag, a MAGA hat, a petition advocating for the removal of a Confederate monument, a public speaker who calls the coronavirus the “Chinese virus,” and a banner in support of abortion access could all be perceived as hateful to someone.

The Supreme Court has repeatedly held that speech may not be limited merely on the basis that its content is deemed hateful, making this policy impermissible at a public university bound by the First Amendment like UT Arlington.

Policies like this one — whether enforced or not — stifle that debate, as a ban on anything perceived to be hateful is likely to have a chilling effect on speech that involves anything controversial.

In Snyder v. Phelps (2011), for example, the Supreme Court upheld the overturning of a damages award against the Westboro Baptist Church for picketing with offensive signs at a military funeral. Most people would think holding signs at a serviceman’s funeral with messages like “God hates you,” “Fag troops,” and “Thank God for dead soldiers” is hateful, and yet, the Court explained that our nation “protect[s] even hurtful speech on public issues to ensure that we do not stifle public debate.”

And while it is always important for universities to uphold students’ free speech, it is particularly important when consequential issues of public concern are being debated. Students must be able to participate freely in this debate on their campuses.

Policies like this one — whether enforced or not — stifle that debate, as a ban on anything perceived to be hateful is likely to have a chilling effect on speech that involves anything controversial.

Further, enforcing the policy evenly is simply impossible, as again, pretty much all speech could be deemed hateful by someone. As a result, the policy invites abusive, selective enforcement, where administrators apply the policy to silence any speech that might result in counter-protesters, angry phone calls from donors, or demands for justice or censorship on Twitter.

Take the example of Stockton University, which recently investigated a student with conduct violations for using a photograph of President Donald Trump as his Zoom background and for posting about his political views on Facebook, saying that other students found the materials offensive. The student faced six charges, including harassment and cyberbullying, with possible punishments of suspension, a fine, and a community service project. Though all of the charges were eventually dropped after FIRE’s involvement, students must not be subject to investigation simply because someone was offended by their speech. And at a school like UT Arlington, where a policy allowing for such action from the administration is on the books, a scenario like that is all too likely.

Student speech must not be subjected to the whims of administrators applying this overbroad and unconstitutional policy.

Instead, FIRE encourages UT Arlington to revise this policy so that it narrowly bans speech and conduct that is not protected by the First Amendment, such as material that meets the legal standard for “obscenity,” “true threats,” or harassment. FIRE’s Policy Reform team is always available to assist universities with speech code revisions.

Schools:  University of Texas at Arlington