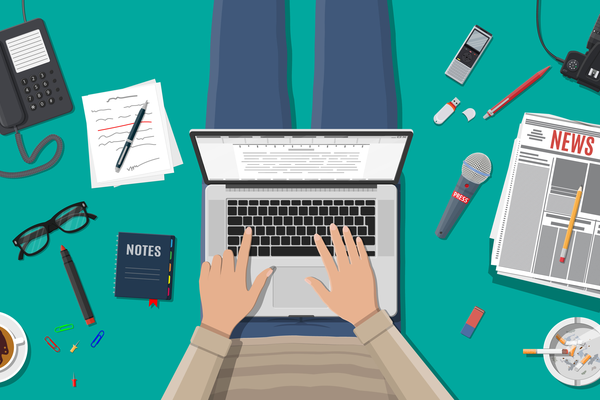 Each year, on Student Press Freedom Day, we celebrate the work of student journalists and support their right to freely explore the realities of college life beyond the admissions brochure. Yesterday FIRE observed this special day once again after a week spent publishing content highlighting the importance of a free student press. (Check out this rundown of threats faced by student journalists, and these profiles — part 1 and part 2 — of former student journalists on FIRE’s staff!)

Student journalists are uniquely positioned to report on events at the universities where they live, work, and learn, because they are directly invested in the successes — and directly impacted by the failures — of those institutions. Through diligent reporting, they foster a dynamic and accountable community and represent a wide range of voices and ideas.

However, at too many colleges and universities, their rights are threatened. Troubling findings in FIRE’s recent report, ‘Free PRESSED: How Administrative Censorship is Squeezing Student Newsrooms’, as well as firsthand accounts from student journalists whose rights have been infringed, reveal why protecting a free student press is more important now than ever. FIRE’s new Student Press Freedom Initiative will address the challenges facing student journalists today, informing student journalists about their rights and empowering them to defend themselves and their publications.

FIRE is no stranger to defending student press freedom. In the last year alone, we filed lawsuits against two universities and vocally advocated for students’ rights at many more when overzealous administrators attempted to infringe upon basic press freedom.

Below, we review three of FIRE’s most recent cases related to student press freedom and explore what they have in common.

In fall 2020, Jared Nally, then-student at Haskell Indian Nations University and editor-in-chief of its award-winning student paper, The Indian Leader, committed the outrageous act of doing what journalists often do: publishing content critical of his university. This ignited the ire of the university’s then-president, Ronald Graham. Responding in a fashion more befitting of a medieval king than a college president, Graham issued — and later rescinded —a directive forbidding Nally from recording interviews or asking questions of public officials.

In addition, Haskell imposed financial and administrative hurdles on The Indian Leader — apparently shorting it $10,000 from its expected funds and revoking its independent status — effectively stifling the paper and sending a clear warning to anyone else who might consider criticizing the university.

Haskell’s abuses of power spurred FIRE to action. We rallied to the defense of Nally, writing multiple letters to Haskell and eventually suing on behalf of Nally and The Indian Leader Association in March of 2021.

After facing censorship, coercion, and stonewalling, student Jared Nally fought for the rights of student journalists — and won.

We hope this marks the end of this saga, but will remain vigilant to ensure the promised happy ending becomes a reality for Haskell’s student journalists.

After savoring the Haskell victory for a whole two days, FIRE jumped into the fray for press freedom again, this time suing Tarleton State University for withholding public records regarding its censorship and takeover of the Texan News Service, a formerly independent student newspaper.

Did a Texas university censor and seize editorial control of a student newspaper to cover up a former professor’s inappropriate behavior against female students?

This lawsuit was a long time coming. Since August 2021, administrators at Tarleton have tied themselves in knots attempting to quash the Texan News Service’s coverage of allegations of sexual harassment against former Tarleton professor, Michael Landis, and of the University’s subsequent decision to quietly pay Landis more than $61,000 to leave the school. Following a frivolous threat of a defamation lawsuit from Landis’s attorney, Tarleton gave student editors an unenviable choice: Lose the Landis articles or lose the Texan News Service’s funding.

On Aug. 30, 2021, FIRE and the Student Press Law Center sent a letter to Tarleton, imploring the administration to revoke its disturbing directive. Instead, it doubled down, and apparently took over the paper, revoking the Texan News Service’s editorial independence in September 2021.

Now, FIRE wants details: Why did Tarleton censor and seize control of an independent student newspaper? In order to find out, we’ll need to see the documents they’re withholding.

Sunlight is the best disinfectant. With warmer weather approaching and this case heating up, we’re confident that, sooner or later, everyone will see the light.

Another day, another defense of press freedom! Groundhog Day was weeks ago, so why does the same thing keep happening over and over again?

Our most recent case involves another Texas school, with a whole new — yet tiresomely familiar — cast of administrators from the same university system as Tarleton. This time, they demanded that the independent student paper, The Battalion, just, like, stop printing, and take its presence fully online.

Texas A&M leadership orders The Battalion to stop printing weekly editions following abrupt ultimatum — join the university, or be stripped of resources, with only a day’s notice.https://t.co/Dd1266JOG4

TAMU President Katherine Banks spun the move as a positive development, packaging it as part of a broader vision to bring the paper under the purview of the journalism department, a decision which, on its face, would seem to wrest more editorial control from Battalion student journalists. What an opportunity!

No one asked for these “gifts,” and FIRE is determined to find the receipts. We filed public records requests to learn more about the motives behind the moves. On the ground, The Battalion staffers have made clear that they’re not backing down, stating in a recent editorial, “We will not allow the administration to control our content — or the platform on which we publish.” We hope that through continued investigation and advocacy — by advocacy groups and by the students themselves — this situation will be resolved in a way that enables student journalists to retain full editorial control over this 129-year-old paper.

Though the details of these cases differ, the broad strokes look eerily similar: Student journalists attempt to report the facts, and administrators respond by exerting control over matters that are not theirs to dictate. What’s more, in all of these cases, the administrators would have gotten away with it, too, if it weren’t for those meddling students, familiar enough with their rights to push back or seek help.

Students with an interest in journalism who wish to arm themselves with the information necessary to defend freedom of expression should check out FIRE’s Student Press Freedom Initiative webpage, where they can access resources like “Can I Publish This,” a guidebook for understanding legal issues in student journalism, and lessons on topics including newspaper theft and the role of student publications on campus. They should also consider attending FIRE’s 2022 Free Press Workshop this April, where they can learn from experts in the field.

College and university administrators would, likewise, be wise to brush up on their awareness of press freedom. They should remember that student journalists who publish criticism and cover campus events often do so not out of malice, but out of love for the institutions of which they themselves are a part.