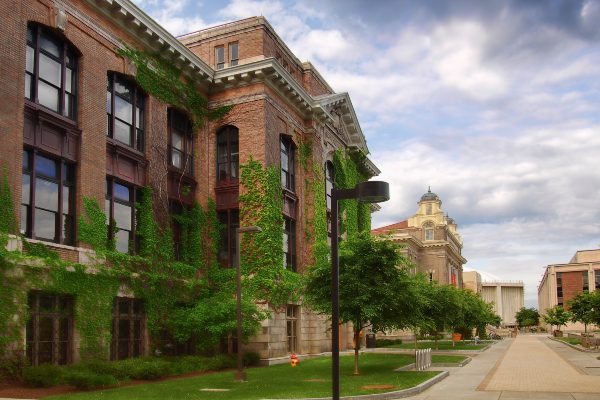 On Sept. 10, a Syracuse University assistant professor offered criticism of how, in her opinion, many “white pundits and correspondents talk about” 9/11, including former White House chief of staff Andy Card’s assertion that 9/11 was the “first time that Americans ever felt fear.” Professor Jenn M. Jackson’s tweets engendered widespread public anger on Twitter and in conservative media outlets, with some calling for the university to disavow or discipline her. Syracuse’s administration rightly rejected those calls in a public statement that, in many respects, should serve as a model for how to respond to calls for censorship.

But just as that statement offers valuable lessons for other institutions, so too does its genesis offer caution about the importance of consistency. The fact is that, thanks to Syracuse’s shockingly abysmal track record of failing to defend its students and faculty members’ freedom of expression, there is virtually no reason to believe the university’s profession of principles on free speech, nor its will to continue to defend Jackson should the pressure increase or the politics change.

Recently, one of our professors shared thoughts on 9/11 on social media. These comments have been the subject of much scrutiny and vehement disagreement by critics. That is their right, just as our professor has the right to free speech, however uncomfortable it may make anyone feel. What cannot be tolerated are the harassment and violent threats that we have seen in response that have been directed at this professor. Our Department of Public Safety is in contact with the professor and has engaged the support of federal, state and local law enforcement agencies.

Some have asked the University to condemn the professor’s comments and others have demanded the professor’s dismissal. Neither of those actions will happen. As the home of the Maxwell School of Citizenship and Public Affairs, free speech for all people across the political spectrum, within the limits of the law and the University’s anti-harassment policy, is one of our key values. Speech can be offensive, hurtful or provocative. Still, Syracuse University will stand by the principles of free speech and by our commitment to keeping our community safe in the face of threats and harassment.

If it could be considered alone, Syracuse’s straightforward defense of Jackson’s expressive rights would offer much to be admired and replicated by other institutions facing tempests over student or faculty speech.

First, it directly and publicly commits to protecting Jackson’s speech. Although Syracuse is a private institution and the First Amendment does not compel it to grant freedom of expression to its students or faculty, the university commits to doing so in its policies. Freedom of expression, at its core, means that speech cannot be burdened or punished on the basis that some, many, or everyone else finds it offensive. That’s especially true for faculty members’ extramural speech: Comments outside the classroom are where the institution’s interests as an employer are at their lowest.

Second, it does not announce an investigation. Syracuse draws that firm line quickly and without jumping to announce an “investigation.” Announcing an investigation is often a public relations strategy intended to wait out the social media storm while assuring the public, worried parents, donors, and lawmakers that the institution is taking the dispute seriously. In doing so, it also sends the message that even protected speech might be subject to punishment, which itself discourages dissenting speech.

Third, it recognizes the right to criticize. Syracuse’s statement acknowledges that the appropriate response to offensive speech is more speech, including “vehement disagreement.” Colleges frequently justify action against a student or faculty member by citing the volume of vociferous public response — or falsely claim they need to act because they were “inundated” with public anger or “backlash.”

Fourth, it recognizes the threatener’s veto. Syracuse notes that some critics have crossed from vehement disagreement and into the realm of “violent threats.” When controversy arises, the public response too often includes threats (or expression that can reasonably be read as true threats) of violence against faculty members. (For a particularly galling example, see the recent threats leveled at Cypress College). Importantly, Syracuse recognized these threats without using them as a vehicle to suppress the professor’s speech, which would have created a heckler’s veto over professors’ expression. True threats, narrowly defined by law, are not protected speech. They should be investigated and prosecuted where appropriate, not rewarded.

What Syracuse’s statement profoundly lacks is credibility, which would have come from a consistent defense of the expressive rights of its students and faculty. Administrators who can credibly point out that their pre-existing and robust commitment to freedom of expression means that they cannot take action against protected expression have the benefit of an effective and morally defensible shield against skeptical members of the public, donors, and lawmakers. Inconsistency in following this principle invites skepticism that freedom of expression is being deployed as a subterfuge to protect only speech, or persons, who are in favor with administrators.

If this represents a true turning point for Syracuse, FIRE will be the first to congratulate the school on its conversion. But it would be foolish to take Syracuse’s word for it until it develops a positive track record.

And Syracuse’s leadership has long since exhausted the credibility that would help it meaningfully defend its faculty members’ rights. Syracuse has repeatedly abandoned its institutional commitments to freedom of expression when the going gets tough. When a faculty member’s syllabus joked about the “Wuhan flu,” Syracuse suspended him, relenting only after FIRE came to his defense. Fraternity members have not been so fortunate: Fraternity members whose skit privately and humorously “roasted” a conservative member of the group by insinuating that he was racist — using racist language to do so — were suspended after video of the event leaked. Syracuse defended that censorship, predicated on ensuring a “welcoming” environment on campus, up and down New York’s appellate courts. When it announced its new Code of Student Conduct, administrators warned that it meant “bystanders” — that is, people who witness offensive speech or prohibited conduct — “can be held accountable,” which is both unjust and preposterous.

Each of these situations involved expression that many people might — and often did — find deeply offensive. But somehow, in this situation, Syracuse now recognizes that offensive speech is protected speech, “however uncomfortable.” If this represents a true turning point for Syracuse, FIRE will be the first to congratulate the school on its conversion. But it would be foolish to take Syracuse’s word for it until it develops a positive track record.

It’s not just FIRE who notices this, either: Syracuse’s failures to defend expressive rights might explain why Syracuse ranked among the five-worst colleges for freedom of expression in FIRE’s survey of more than 20,000 students at 55 institutions of higher education. They certainly explain why Syracuse is a perennial entrant on FIRE’s annual highlights of censorship and earned our Lifetime Censorship Award last year.

The steady erosion of freedom of expression at Syracuse has made it harder for the institution to defend its faculty now, and there are plenty who would be happy to see those rights eroded further. Some, instead of merely doubting Syracuse’s Damascus Road conversion, have jettisoned freedom of expression and embraced censorship.

Take, for example, the Republican Party of New York, which took the wrong lesson from Syracuse’s inclusion on FIRE’s ten–worst lists:

.@SyracuseU is rated one of the WORST colleges in the nation for free speech. They only care about it when it protects the radical views of one of their insane leftist professors. This woman should be FIRED. https://t.co/wGVHd0nOFR

Skepticism that Syracuse’s response is sincere is understandable, even warranted. But endorsing censorship because of other acts of censorship is a race to the bottom. There will always be some past act of censorship of your side to point to that could justify some new censorship of the other side. The only way forward for those who support freedom of speech as a principle is to welcome the turnaround — with all due skepticism, when necessary — and demand consistency moving forward.

Time will tell whether Syracuse’s praiseworthy embrace of freedom of expression is sincere. If it is, the university could start by committing to reviewing its policies for consistency with its professed principles — with FIRE’s help, if it so desires. If, or when, Syracuse falters again, FIRE will continue to defend its students and faculty — consistently.