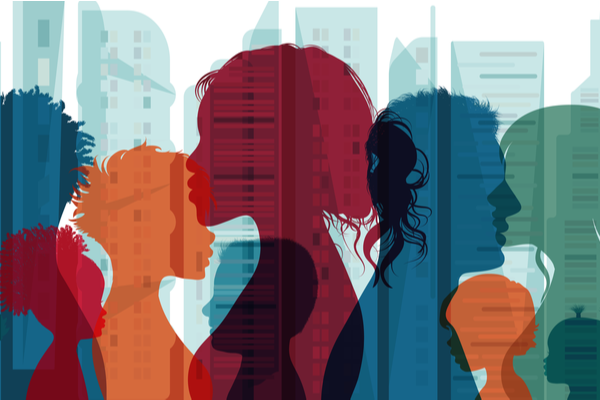 With nearly 60 years having passed since the Civil Rights Act of 1964, Americans have the right to expect racial segregation — at least of the “official” variety — to be a thing of the past on our nation’s college campuses. Yet along with others, FIRE has noticed a recent pattern of events that explicitly segregate on the basis of race. For example:

The vast majority of campus events targeted at people of a certain race pose no legal problem.

Yet it is not the identity of the group or groups to be benefited that determines campus segregation’s legality. However intended, mandatory and official segregation by race, color, or national origin ultimately puts these institutions in the position of violating their responsibilities under federal and state law.

The vast majority of campus events targeted at people of a certain race pose no legal problem. Colleges are free to hold events intended to engage with specific communities on campus. Indeed, programming intended to pertain to a particular group’s interests can, depending on the circumstances, itself be a form of speech protected by the First Amendment. Schools may tailor events to meet particular students’ needs, and can encourage members of specific communities to attend. Student groups may do the same, and many believe that doing so can help facilitate conversations dealing with nuanced and complicated issues on campus.

Lewis & Clark College enlisted a “social justice activism” group to run a mandatory orientation workshop where, in the name of providing “safe spaces” for discussion, students were racially segregated.

What colleges cannot do, however, is ban students from events on the basis of their race. To explicitly segregate educational programming on the basis of race is almost universally unlawful. It also nearly always runs afoul of universities’ own non-discrimination policies, which typically prohibit discrimination on the basis of several characteristics, including race.

This should not come as news to our nation’s colleges and universities. The Supreme Court’s 1950 decision in McLaurin v. Oklahoma State Board of Regents dates to the dawn of the civil rights era. In that case, the University of Oklahoma’s law school admitted an African-American student, but (as required by state law) separated him from other students because of his race. For example, the school required the student to sit at a separate, designated place in the cafeteria and in the library. And while he was allowed to attend class in the same room as white students, he had to sit in a special row designated for “colored students.” The court held this discrimination violated the Equal Protection Clause of the Fourteenth Amendment.

“The result is that appellant is handicapped in his pursuit of effective graduate instruction,” the Court wrote. “Such restrictions impair and inhibit his ability to study, to engage in discussions, and exchange views with other students, and, in general, to learn his profession.”

Organizers of today’s segregated events would likely argue they have significantly better intentions than the administrators in McLaurin (though it is worth noting that the University of Oklahoma administrators circa 1950 were required by state law to segregate students, regardless of their own preferences). Regardless of how one evaluates their intentions, though, Title VI of the Civil Rights Act of 1964, which effectuates the Equal Protection Clause at federally funded educational institutions (which includes nearly all colleges and universities, public or private) simply forbids such practices. It reads:

No person in the United States shall, on the ground of race, color, or national origin, be excluded from participation in, be denied the benefits of, or be subjected to discrimination under any program or activity receiving Federal financial assistance.

Colleges have many tools with which to discuss issues of race, color, and national origin, and to work to make students from underrepresented groups more comfortable and successful. Official segregation by race that excludes students based on these characteristics is simply not one of them.

No student on an American campus should be denied educational opportunities simply because of the color of their skin.

Universities can and should meet their legal obligations while serving their student bodies simply by removing any race-based restrictions and clarifying to the whole college community that any such events are open to all students. The particular focus and aim of an event can remain, but segregating events based on race is unlawful and sends the wrong message: that, due solely to their race, some students have nothing to gain from or contribute to educational programming. Colleges would be wise to remember that students of all races are individuals, with unique personalities, experiences, beliefs — and abilities — to learn from and contribute to on-campus events.

No student on an American campus should be denied educational opportunities simply because of the color of their skin. Where and when it does happen, colleges have an obligation to swiftly address and rectify the situation.