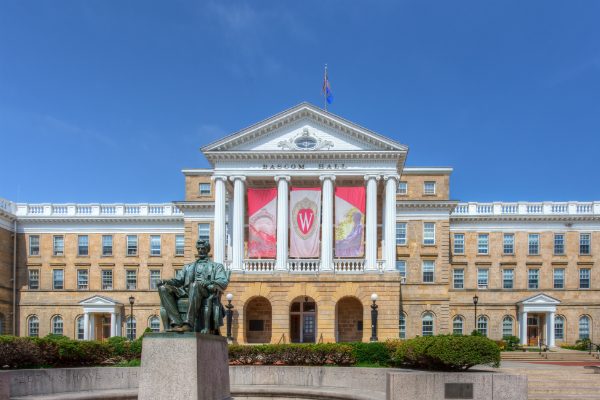 FIRE often hears from state legislators, regents, and trustees that they care about campus free speech and would like to promote it at their state’s colleges and universities. This is, of course, welcome news to free speech advocates like FIRE. We are always happy to work with state officials — just as we do with students, faculty, alumni, and campus administrators, among others — to improve the climate for freedom of expression at institutions of higher education.

While a lot of attention is typically paid to headline-grabbing news, state leaders can make a big difference by turning their focus to the prevalence of campus speech codes

However, while a lot of attention is typically paid to headline-grabbing news, state leaders can make a big difference by turning their focus to the prevalence of campus speech codes and advocating for schools to improve their written policies on student expression. Sure, the headlines focus on controversial faculty tweets, invited outside speakers, campus shoutdowns, and related controversies. But the nitty-gritty of policy change, while perhaps not as splashy, is just as important for establishing a culture of robust discussion and dialogue in academia.

Take, for example, the current state of affairs at the University of Wisconsin-Madison. Over the past few years, UW Madison has worked with FIRE to revise several “yellow light” speech codes. Led by esteemed faculty member and longtime FIRE friend Don Downs, as well as members of an administration receptive to our policy recommendations, the university reformed policies related to bias incidents, sexual harassment, use of information technology resources, and student housing, among others. (In fact, we have long since held out UW Madison’s revised bias incident policy as an example for other schools to follow to the extent they wish to maintain a bias incident policy, since it protects students’ First Amendment rights on its face.)

These changes have left the university with just one yellow light policy standing in the way of earning an overall “green light” rating from FIRE — an honor that only 51 institutions in the entire country can claim. The problem? UW Madison’s last remaining speech code is a UW system-wide regulation on computer use that the university itself does not have the authority to revise. That policy states, in pertinent part:

No person may, with intent to harass, annoy or offend another person, send a message to the person on an electronic mail or other computerized communication system and in that message use any obscene, lewd or profane language or suggest any lewd or lascivious act.

This broad, vague provision could be used to censor or punish essentially any expression that “annoy[s]” or “offend[s]” another person or that uses “lewd or profane language.” One does not need to be a First Amendment scholar to see the problem.

Unfortunately, this regulation is part of system-wide state administrative code, which can be changed only through a process involving either the UW Board of Regents or the state legislature and the governor. UW Madison, to its credit, has gone as far as it can in terms of revising its own policies.

Therefore, FIRE urges the UW Board of Regents to reform the speech code in question, and we likewise urge the state legislature and Governor Tony Evers to make sure this task is completed. Doing so will not only allow UW Madison to earn an overall green light rating — making it the first such institution in the state of Wisconsin, public or private — it will remove a speech-restrictive provision that applies on all of the other UW campuses as well.

Certainly, much attention has been paid at the state level to the Board of Regents’ policy addressing campus protests and disruptions, including its controversial mandatory minimum sanctions. And, indeed, FIRE submitted a formal comment this past summer when that policy came up again for discussion and reconsideration. Now, however, the time is ripe for the Board of Regents and other state officials to rid the UW campuses of the restrictive speech code highlighted above.

We hope to see similar results in Wisconsin, and beyond, in the near future.