FIRE > Newsdesk > Top Story > Amidst ethics controversies, University of Cambridge releases principles on international engagement. When will U.S. universities do the same? 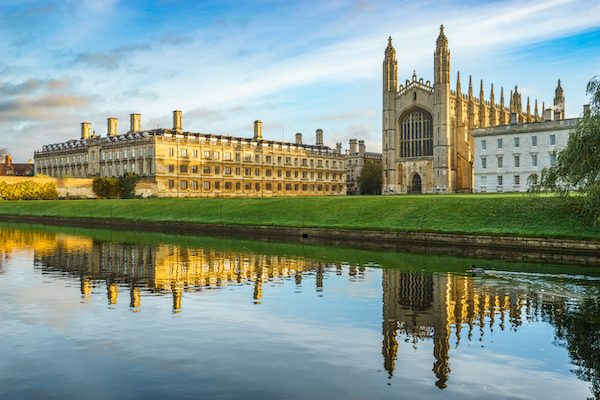 Last week, University of Cambridge Vice-Chancellor Stephen Toope announced the release of a set of principles intended to guide the institution’s international engagements. Notably, the principles state that “​​the freedom to teach, research, learn and publish without political or other interference, and free from pressures, threats and intimidation” is “central” to the university’s mission, including internationally.

The announcement came on the heels of media reports accusing directors at the Cambridge Centre for Chinese Management of having ties with state-linked Chinese tech company Huawei, and months after news broke that Cambridge was working on a £400m deal with the United Arab Emirates — which jailed a U.K. doctoral student on falsified spying charges in 2018.

The implementation of the guidelines is worth watching both as Cambridge fields contentious questions about its international engagement decisions and as universities in the United States face similar challenges about their own expansions.

Why do these principles matter?

Whether it’s Cambridge, New York University, Georgetown, Yale, or one of the many other universities engaging in partnerships abroad, the reality is that such ventures — especially in countries with significantly weaker speech protections — can introduce threats to academic freedom and free expression into university communities. Those threats are not just hypothetical.

Commitments to transparency, academic freedom, and student and faculty rights should be the minimum academic communities expect of their institutions.

Threats could be blatant, like imprisonment of or legal action against scholars who engage in controversial research. But they’re more likely to be subtle — like international partners’ recommendations against critical speakers or curricula or self-censorship on the part of university administrators to avoid potentially upsetting partners — and much more difficult to track and identify.

The first step to tackling this problem is by acknowledging that it exists and clearly stating that the university intends, nonetheless, to prioritize academic freedom.

The University has a duty of care to all its students, researchers and staff. As the international activities of the University develop in a complex and sometimes volatile global geopolitical environment, we will strengthen the planning, assessment and management of risks, including online risks, to students and researchers studying or working internationally or on internationally-relevant research.

Our mission is to contribute to society through the pursuit of education, learning and research at the highest international levels of excellence. We recruit globally because we want the best minds to come to Cambridge, and we value the richness of our internationally diverse community of staff, students, visitors and alumni. We encourage our researchers and students to go out into the world in search of knowledge, wherever it takes them.

Central to this pursuit is our commitment to academic freedom – the freedom to teach, research, learn and publish without political or other interference, and free from pressures, threats and intimidation – and to our core values of freedom of speech and expression and freedom from discrimination. We will seek to advocate these values in our international engagements, and are prepared to review, pause or withdraw from international engagements that threaten them.

The diversity and transparency of our funding sources enable and safeguard our autonomy. We act ethically in accepting funding and we scrutinise all engagements with external parties that might give rise to significant public interest, pose a reputational risk and/or inhibit the safeguarding of our staff or students. We are open about and actively manage conflicts of interest in our international relationships. We will avoid concentrations of risk by strategically further expanding the global reach of our activities, including international student recruitment.

Commitments to transparency, academic freedom, and student and faculty rights should be the minimum academic communities expect of their institutions. Though, as followers of FIRE’s work know too well, a university’s commitments to free speech are sometimes not mirrored by its actions. Without at least a written commitment to these values, it can be nearly impossible to get universities to stand by these important principles in times of crisis. We’ll watch to see how Cambridge continues its rollout of these resources, and how it continues to address the friction between its principles and its practices.

For years, FIRE has been advocating for universities to assess the threats their overseas partnerships could pose to speech and academic freedom, and to make public commitments to protecting those rights when challenged.

Cornell led the way when, in 2019, the university released guidelines highlighting the necessity of academic freedom and offering resources if expressive rights face pressure within international partnerships.

But keeping commitments is a much more difficult task than making them — and a number of members of Cornell’s community have accused the administration of ignoring its own guidelines. Earlier this year, the Cornell Faculty Senate, Student Assembly, and other members of the student body objected to a proposal to create a dual-degree program between Cornell’s School of Hotel Administration and China’s Guanghua School of Management at Peking University. Despite their objections, the university announced it was moving forward with the proposal, but promised that the ethical guidelines would be followed.

Written commitments are not always guarantees, but they are a much-needed tool that can be used to hold administrations accountable.

Only time will tell if that’s true, but it is clear that Cornell’s new agreement will cause a strain on the exact values its guidelines are intended to protect. At an on-campus rally in support of Hong Kong at Cornell this week, protests about the dual degree program with Peking University again took center stage, suggesting students are not giving up this fight just yet.

That said, the controversies at Cornell are not a reason for concerned academic communities to throw up their hands and ask if there’s any point at all in pressing their administrations to address the disconnect between their values and their partnerships abroad. Written commitments are not always guarantees, but they are a much-needed tool that can be used to hold administrations accountable. Additionally, such promises help reaffirm these values abroad and at home campuses.

With an issue as thorny as this one, it’s important that we start somewhere — and soon.