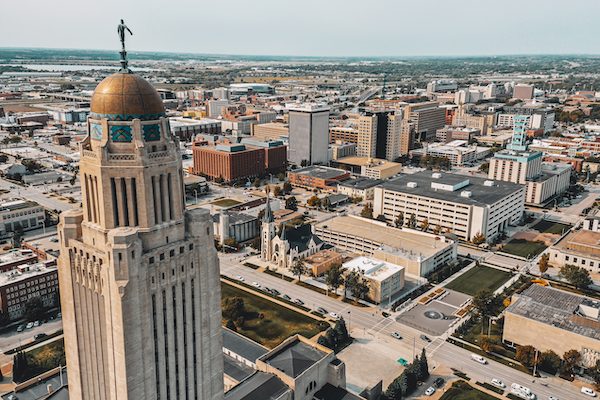 Nebraska’s legislature is poised to consider two bills this year that will advance First Amendment protections in higher education.

The Nebraska legislature is considering Legislative Bill 88, a carryover bill from last year. Introduced by Sen. Adam Morfeld, this bill is modeled after the Student Press Law Center’s “New Voices Act” and seeks to protect the “free speech rights of student journalists and student media advisers.” The K-12 portion of the bill aims to legislatively reverse the effects of Hazelwood v. Kuhlmeier, which allows K-12 school administrators to subject certain student publications to prior review and restraint before publication.

Versions of the SPLC legislation that address institutions of higher learning, including this Nebraska bill, seek to stop universities from applying Hazelwood’s rationale, as the U.S. Court of Appeals for the Seventh Circuit did in Hosty v. Carter. In Hosty, the Court applied the reasoning in Hazelwood to higher education, even though student journalists in college — unlike their K-12 counterparts — are typically adults. FIRE’s interest in the legislation, in keeping with our higher education-centered mission, is focused on its applicability to public colleges and universities where the First Amendment applies in full force.

Shoutout to those who censor, defund, and intimidate student media.

This awesome project to protect student journalism wouldn’t be possible without your tireless efforts.https://t.co/tF4wwHsptU pic.twitter.com/jjbCf9GS56

FIRE supports legislative efforts to protect student journalists because we know that they have long played an important role in their communities, often covering community issues as local media outlets dwindle in number. With news that our forthcoming study showed that more than 60% of college papers experience at least one instance of administrative censorship each year and recognizing the importance of student journalism, FIRE recently launched the Student Press Freedom Initiative, which provides training, resources, and a 24/7 hotline to answer questions and quickly provide resources to help identify and defend against censorship. This builds upon our prior work, including our 2019 report, “Under Pressure: The Warning Signs of Student Press Censorship,” which documented FIRE’s advocacy for student journalists’ rights against the threats they face, which may include anything from restrictive policies that hinder students and faculty from speaking to the media to derecognition of student groups who publish controversial investigation or opinion pieces.

LB 1050, introduced by Sen. Mike Flood, seeks to limit discrimination against student organizations on the basis of their political, religious, or ideological beliefs. The bill prohibits “postsecondary education institutions from discriminating against student organizations based on their viewpoints, beliefs, and missions.” It provides student organizations with a private right of action and the ability to raise a violation of its provisions as a defense or counterclaim, with the potential to collect actual damages. This is important as colleges and universities across the country deny club recognition to groups from a variety of viewpoints: from Students for Justice in Palestine and Students Supporting Israel, to animal rights groups and Students for a National Health Program.

This bill aims to remedy the threat to freedom of association created by the Supreme Court’s decision in CLS v. Martinez. In a sharply divided 5-4 decision, the Court held that a public university could require its student organizations to accept any student as a voting member or leader, regardless of whether the student openly disagrees with or is even hostile to the group’s fundamental beliefs, provided that a university’s policy truly applied to all student organizations . Under Martinez, a chapter of the College Democrats would have little power to stop a group of Republicans with sufficient numbers from establishing the party platform, nor could the Christian Student Association prevent an atheist from leading the group’s worship.  For organizations focused on specific issues, beliefs, or advocacy, Martinez could undermine their intended purpose. This holding contradicts longstanding Supreme Court precedent upholding the freedom of association, including allowing private organizations to make belief-based choices regarding membership and leadership, as fundamental to the exercise of one’s First Amendment rights.

The distinction between belief-based student organizations and other student organizations is critical. After all, there is no lawful justification for limiting leadership of a university chess club to people of a particular faith, but it is easy to see how a campus Hillel’s desire to limit its leadership to Jewish students serves a legitimate — potentially even essential — aim.

Moreover, in 2021, the U.S. Court of Appeals for the Eighth Circuit ruled, in a case in which FIRE submitted an amicus brief, that University of Iowa administrators could be held personally liable for actions that clearly violate the constitutional rights of students. The Court denied the administrators qualified immunity because they discriminated against a Christian student group by derecognizing it on account of its insistence on limiting its leadership to Christian students who adhered to its beliefs. Nebraska could avoid similar rulings by enacting LB 1050.

FIRE is glad to see LB 88 and LB 1050 up for consideration, and we urge the Nebraska legislature to enact them.