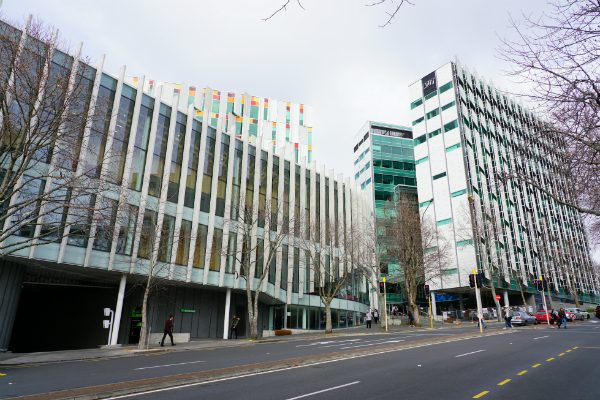 “This event did not go through the correct approval process” is a common justification universities employ when canceling events that coincidentally happen to prove controversial. It’s a refrain FIRE has heard plenty of variations over the years.

And it’s one that New Zealand’s Auckland University of Technology is citing to justify the cancellation of a Tiananmen Square anniversary event that drew the ire of Chinese government officials.

Efforts to interfere at AUT

Newsroom reported yesterday that emails released under New Zealand’s Official Information Act — similar to the Freedom of Information Act in the United States — reveal that “the Chinese Consulate General in Auckland contacted AUT to express their opposition to an event commemorating the 30th anniversary of Tiananmen Square” intended for June 3, 2019.

On May 29, manager of AUT’s Chinese Centre Marlene Lu notified Director of International Relations & Development Lester Khoo that she received calls from the Chinese Consulate General in Auckland requesting a meeting to discuss a Tiananmen Square event planned at the university. The next day, Khoo asked that his colleagues contact him “as soon as possible” if they had details on the event. AUT Director of Hospitality David Green confirmed to Khoo that he would give him notice “before confirming any bookings related to the Chinese government or Chinese national groups.”

Shortly after, AUT’s Head of the Vice Chancellor’s Office Andrew Codling confirmed that he had informed the staff member responsible for the booking that it was cancelled and asked that AUT “arrange a low impact security presence . . . to quietly deal with any people who show up for the event.”

Codling emailed Vice Consul General Xiao Yewen on May 31 to thank him for “alerting” AUT to the Tiananmen Square event and wrote that he “was pleased to inform [Xiao] that this event has been cancelled by the university” and that “it was an unsanctioned event about which the university had no prior knowledge.”

Xiao replied, “I highly appreciate the right and wise decision made by AUT, which will definitely help promote further growth of exchanges and cooperation between AUT and the General Consulate and China in general. I understand that with the kind support of AUT, such uninvited scenario will not take place anymore.”

According to reporting from New Zealand’s Newsroom, Vice Chancellor Derek McCormack and Xiao met that day to discuss the event. Emails between them after the meeting show that McCormack clarified that the event was not put on by the university, and that “the rooms had not been booked correctly or paid for by the group” and that the building would be closed for a holiday.

“Happily,” McCormack added, “on this instance your concerns and ours coincided, and the event did not proceed at the University.” He went on to emphasize AUT’s commitment to free expression, but noted that “the University has no wish to deliberately offend the government and people of China.”

Xiao replied, in part, “As a diplomat, I fully understand and respect the basic values such as freedom of speech and assembly; which however have nothing to do with the political agenda of certain forces attempting to change the political system of China.”

Newsroom further reports that “McCormack told Newsroom Xiao was clear the Chinese government wanted him to use his powers to stop the event” and that “[t]his was not the first time the consulate had met with the university to ask it to block an event.”

Disclosures shedding light on the Chinese government’s relationship with universities abroad are making waves in Australia, too.

Agreements signed by the University of Queensland, Griffith University, La Trobe University and Charles Darwin University state in identical clauses that they “must accept the assessment of the [Confucius Institute] Headquarters on the teaching quality” at their centres.

The wording, which does not place any qualifications on Hanban’s [headquarters for Confucius Institutes] overriding authority, appears to hand Beijing more control than versions signed by other universities and will fan concerns about the institutes, which are a key plank of the Chinese Communist Party’s global soft power effort.

A University of Queensland spokesperson stated that UQ was in the process of renegotiating its contract to ensure institutional autonomy and academic freedom protections. The day before the article’s publication, UQ had been the center of a protest about the recent upheaval in Hong Kong, which turned violent and resulted in counterprotesters ripping up posters critical of China and blasting China’s national anthem to block out protesters’ chants.

Other universities highlighted by The Sydney Morning Herald pushed back on the investigation, claiming that their campuses’ Confucius Institutes had no bearing on academic matters.

Back home: China’s ties with American institutions are also under the microscope

In February, the Government Accountability Office (a congressional watchdog agency) and the Senate Homeland Security and Governmental Affairs Permanent Subcommittee on Investigations issued reports raising concerns about the potential deleterious effect Confucius Institutes could have on academic freedom and free expression.

Inside Higher Ed reported on May 1 that 15 U.S. universities had announced the closure of their Confucius Institutes in the prior 15 months.

In the case of Confucius Institutes — and all other outside organizations and institutions a university might consider signing agreements with — transparency is vital. That’s why FIRE is encouraging universities to sign the “Commitment to Campus Free Expression at Home and Abroad,” which pledges prioritization of key expressive freedoms and transparency in university contracts. (You can sign here to encourage your university to adopt this statement.)

FIRE has also voiced concerns about U.S. efforts to respond to alleged threats from China. Late last month, National Public Radio reported that Federal Bureau of Investigation officials visited at least 10 Association of American Universities member institutions to encourage them to instill “protocols for monitoring students and visiting scholars from Chinese state-affiliated research institutions.” While no mandatory guidance has yet been issued, the suggestion of warrantless surveillance untethered to more specific reasonable suspicion remains deeply troubling.

The threats posed to expressive rights by the increasingly troubled relationships between Chinese and American institutions aren’t going away any time soon, so stay tuned for more analysis from FIRE.