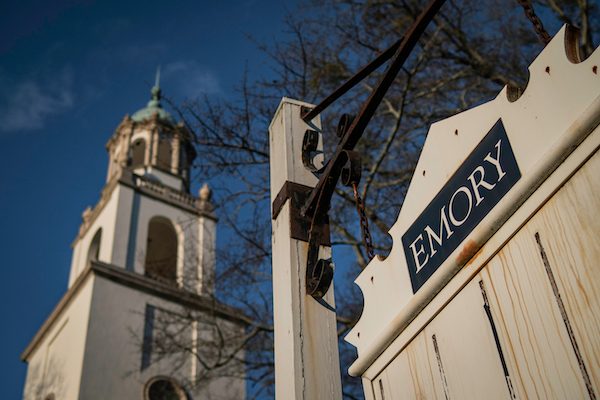 After almost two full semesters of paternalistic, infantilizing rejections stretching back to October 2021, the student group Emory Free Speech Forum finally attained its temporary charter from the Emory University School of Law last month. This is a welcome development, but it should not have taken seven months for Emory to realize the irony of denying expressive rights to a free speech-focused group based on its viewpoints.

The Emory Free Speech Forum is a student group dedicated “to fostering critical discourse and open dialogue surrounding important issues in law and society.” This mission proved too controversial for the Student Bar Association, Emory Law’s student government, which denied the organization recognition in October 2021 because the very notion of engaging in unfettered debate in law school would “likely [have given] rise to a precarious environment – one where the conversation might very easily devolve.”

The SBA admitted it was “hesitant to issue a charter when there are no apparent safeguards in place to prevent potential and real harm that could result from these discussions.” The SBA even criticized the group for failing to provide a “moderator or mediator” for its discussions, telling the debate-oriented group: “[I]t is disingenuous to suggest that certain topics of discussion you considered, such as race and gender, can be pondered in a relaxed environment when these issues directly affect and harm your peers’ lives in demonstrable and quantitative ways.”

How many other groups did the SBA require to have a “moderator or mediator” for their discussions? Zero. Nevermind that Emory promises “not [to] deny recognition to an organization because of disagreement with its mission or the viewpoints that it represents.”

Apparently, Emory believes its law students — studying to zealously advocate for a wide range of legal principles — are incapable of having serious conversations about controversial issues like “race and gender” without harming each other.

But the Emory Free Speech Forum didn’t give up. The group sought to hold Emory to its many promises guaranteeing students’ expressive rights. After all, Emory is one of the few “green light” institutions in the nation, distinguished by its generally non-restrictive free speech policies. Emory’s Respect for Open Expression Policy, for example, affirms its commitment to fostering “an environment where the open expression of ideas and open, vigorous debate and speech are valued, promoted, and encouraged,” including “these freedoms of thought, inquiry, speech, and assembly.”

As FIRE explained to Emory at least four times, a commitment to free speech requires universities to use only viewpoint-neutral criteria when recognizing student groups. The perils of viewpoint-based determinations when granting expressive rights to student groups are manifold: If universities defrock every student group that offends someone, campus life devolves into only those discussions palatable to the most squeamish among us.

Emory must begin anew by living out its laudable commitment to expressive rights.

“Compulsory unification of opinion,” the United States Supreme Court expounded, “achieves only the unanimity of the graveyard.”

After the Emory Free Speech Forum reached out to FIRE, we called for the university to adhere to its own free speech promises by immediately granting this group its charter in November 2021.

The group languished while the university administration ratified the SBA’s rejection January 2022 — a denial Emory extended to all new student organizations, inexplicably proclaiming “a pandemic-related university-wide moratorium on the chartering of new student groups.” As FIRE said in our latest letter to the university:

Apparently, allowing free speech is now a public health risk at Emory. If the pandemic somehow requires that Emory impose a moratorium on recognizing student organizations, it nevertheless seems impossible to logically explain why this should happen two years in and (conveniently) just in time to excuse the rejection of a group for transparently political reasons.

The group took this rejection in stride, enlisting the help of the Foundation Against Intolerance and Racism and the Emory Committee for Open Expression, which joined in condemning Emory for rejecting the student group for its debate-oriented mission.

Finally, on March 23, Emory relented and granted the group its long-awaited charter. Now this student organization can reserve university space, request funds from the SBA, and function as a viable campus club.

After showing the world how worthless its free speech promises are for the past several months, Emory must begin anew by living out its laudable commitment to expressive rights. It can start by adopting FIRE’s Model Policy: Allocating Student Fees, which contains procedures to ensure viewpoint-neutral decision making when it comes to recognizing and funding student organizations.