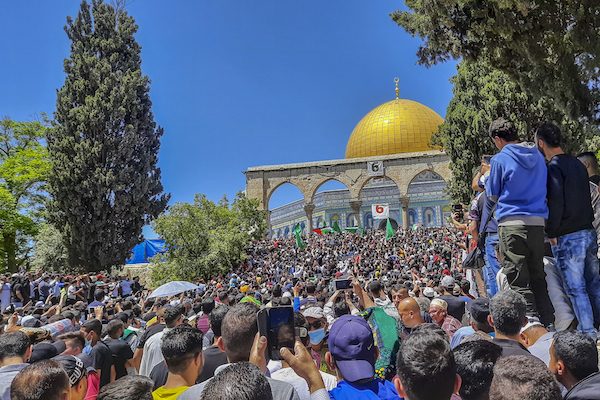 Last month, the American Association of University Professors issued a statement condemning legislative attempts to restrict instruction about Israel and about racism in the United States. While the AAUP consistently opposes legislation restricting how race and sex can be taught on college campuses, its opposition to legislation that defines antisemitism to include any criticism of Israel is a new and welcome development.

Scholars of antisemitism, Jewish history, and the Israel-Palestine conflict have called the IHRA definition ‘highly problematic and controversial’

As the AAUP explains, “Fifty-six scholars of antisemitism, Jewish history, and the Israel-Palestine conflict have called the IHRA definition ‘highly problematic and controversial,’ noting that it privileges the political interests of the state of Israel and suppresses discussion and activism on behalf of Palestinian rights.”

In fact, the definition’s primary author, Kenneth S. Stern, has opposed legislation requiring its use because of the likelihood that it would chill campus speech.

As the AAUP further notes:

[The IHRA definition] has provided a pretext to bring coercive legal actions against supporters of the boycott, divestment, and sanctions movement, denying proponents of this peaceful form of economic and cultural protest their freedom of expression. And it has led to cancellation of university courses and conferences on the rights of Palestinians and to targeting faculty members in Middle East studies for dismissal and other severe sanctions.

The AAUP states that the expansive definition is an assault on academic freedom and “undermin[es] the public mission of higher education to serve the common good through open, searching, and critical pedagogy; research; and extramural speech.” Further, the AAUP  believes that existing civil rights laws that prohibit religious or race discrimination can be used to combat the purported increase in antisemitism.

FIRE has repeatedly warned about the threat to free speech rights posed by legislative and regulatory efforts to employ the IHRA definition in identifying alleged discriminatory harassment. What constitutes “a certain perception of Jews” is open to many interpretations, and, thus, is hopelessly vague. Illustrating this vagueness is the list of examples of antisemitism that accompanies the IHRA definition, including “[d]rawing comparisons of contemporary Israeli policy to that of the Nazis.”

The First Amendment clearly protects the speech in this example. After all, because a person is allowed to compare the policies of countries other than Israel to that of the Nazis, it is an impermissible viewpoint-based restriction to forbid such comparisons to contemporary policies supported by the Israeli government.

As such, the IHRA definition is too vague and overbroad to be used as a basis for antidiscrimination efforts in institutions of higher learning. Notwithstanding these criticisms, policymakers continue to push for its usage.

Just in February, members of Congress urged the Department of Education’s Office for Civil Rights to prioritize “a proposed rulemaking in response to Executive Order 13899 on Combating Anti-Semitism,” which directs federal agencies to consider the IHRA’s definition and its accompanying examples of antisemitism when regulating how schools protect Jewish students from discrimination. Of course, OCR can play an important role in helping higher education institutions adequately address discriminatory antisemitic conduct, but utilizing or adopting the IHRA definition in the rulemaking process risks chilling or punishing protected speech.

FIRE applauds the AAUP’s opposition to legislation that uses the IHRA definition of antisemitism.

Our concern is not hypothetical. As we recently wrote, “Elected officials and private actors have indeed sought to pressure universities to suppress speech critical of Israel, or to enlist the Department of Education to do so.”

Combating discrimination based on race, religion, or national origin is a laudable goal, but must be done in a manner consistent with the First Amendment and principles of academic freedom. FIRE applauds the AAUP’s opposition to legislation that uses the IHRA definition of antisemitism, and we look forward to working together on this important issue in the coming months and years.