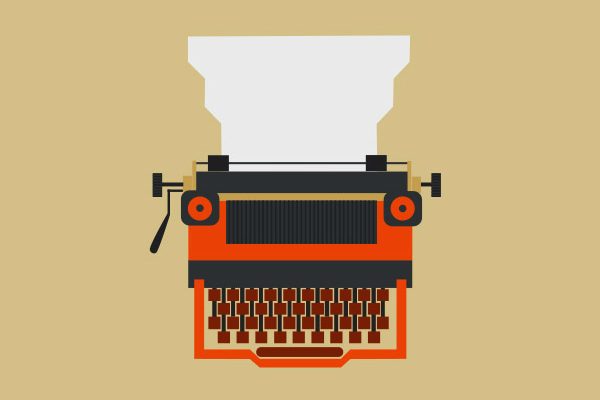 Arriving next week in 602 campus newsrooms across the country, we sent a version of this letter and two posters — one on the warning signs of censorship, the other on the value of free expression more generally. FIRE has long defended the liberty of the student press, and is renewing that effort, with additional outreach and materials to come. For more information on how we can help student media, see our student press resources.

Being a student journalist defined my college experience and set the direction for the rest of my life. Working at a student newspaper, I learned how to navigate controversy, dig deeper on topics, and question my own confirmation bias. But the experiences that had the most enduring effect on me were when the newspaper printed something controversial.

Without fail, someone would come in the office demanding that I fire one of my reporters or columnists. Sometimes it was over something tiny; other times, it was over something understandably controversial. But the thing that struck me was, generally, they hadn’t actually developed a reason why they thought this reporter or columnist had to go. It was a moral instinct, and when they came in the office, they reached for whatever argument they could to justify censorship.

They would argue the article wasn’t protected speech, or it constituted harassment, or it somehow made the school look bad, or made one of their friends look bad, or, of course, it must be some form of defamation. Seeing that the censorship instinct preceded the eventual rationale made me realize something: Because the human mind is so incredibly adept at finding excuses for censorship, the law that protected free speech had to be very broad. Hence, the strong protections of the First Amendment.

I got to see in real time why those protections have to be so broad and not allow for many exceptions. Any clever person would be able to find out what those exceptions were, and use it to punish the speech that they didn’t like. Good journalism tells the truth, and the truth antagonizes people, especially people with large budgets for public relations. 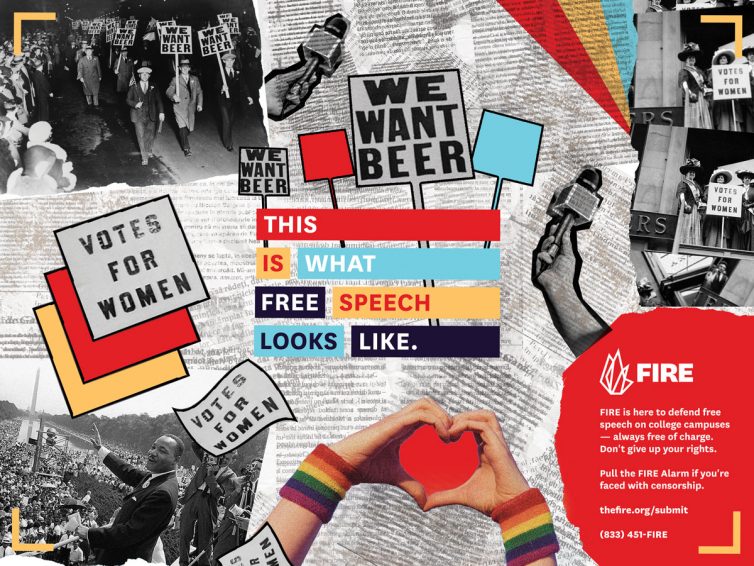 The Foundation for Individual Rights in Education defends students and faculty members against censorship. We work with campus leaders to develop speech-protective policies, educate students and faculty members on their rights, defend individuals whose rights have been violated, and — when all else fails — litigate on their behalf. We work, always free of charge, to defend First Amendment rights.

I have been working in this field for almost 20 years, and we routinely have to come to the defense of student journalists all over the country, at both public and private institutions. I am honored to work with the great Adam Goldstein (another former student journalist) who has been defending student journalists almost as long as I have, first with the Student Press Law Center, and then for FIRE. One of the many great things about this organization is that we come from many different perspectives and points on the political spectrum, but we agree on one thing: freedom of speech. 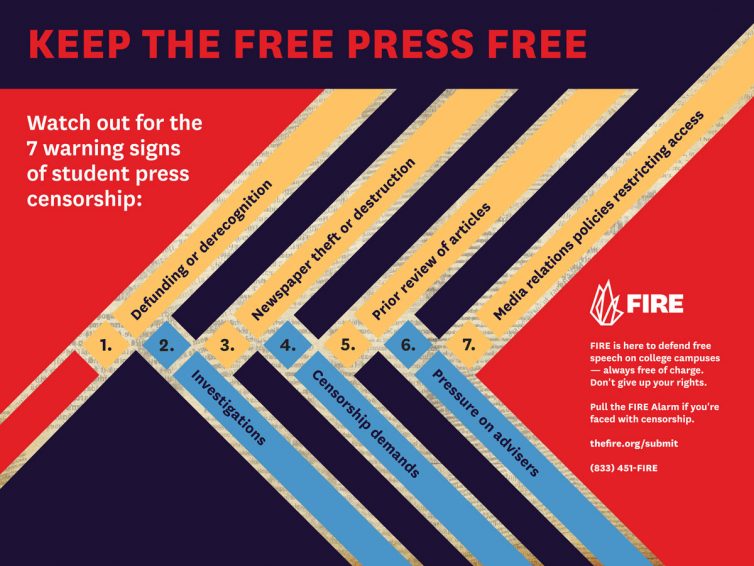 What administrators often do not understand is that the entire institution is relying on student journalists to let them know the problems that they can’t see, either intentionally or unintentionally. As the embedded journalists of campus enclaves, you have access to a world most professionals can’t even enter without making an appointment with a public relations department. Your publication decisions will shape student life, now and in the future; and by so doing, will change the future in the rest of the world.

I hope you will commit to this work. I hope you will put your aside preconceived notions of what the world should look like and dig deeper into the way it actually works. I hope you do so with bravery and rigor; and when the censors set their eyes on you (and they will, if you’re doing journalism), I hope you will call us.

FIRE defends the rights of students and faculty members — no matter their views — at public and private universities and colleges in the United States. Are you facing censorship? Tell us more: www.thefire.org/submit

Looking for a national perspective on a campus free speech issue? Email us for comment at media@thefire.org.

Some of our student press work: