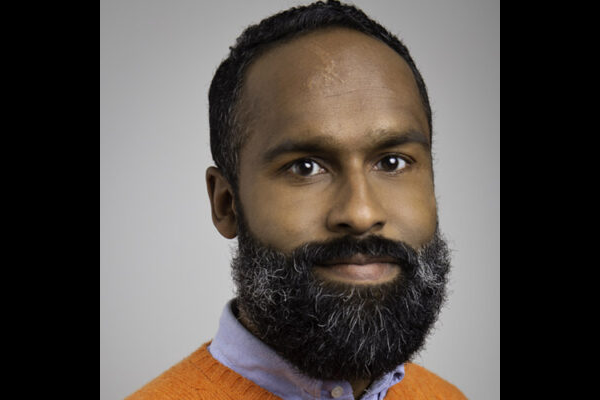 Today’s essay by American Civil Liberties Union Senior Staff Attorney Emerson Sykes is the seventh in the “Academic Speech — Protected or Perilous?” series. Links to the other essays in the series appear at the end of Mr. Sykes’ essay, which appears below:

“You can’t blame the youths,
and you can’t fool the youths.”
— Peter Tosh

As this debate among some of the greatest living legal minds has been raging in the blogosphere, I have been talking to students. Last month, I was at Stanford with student activists working through hard questions regarding free speech, the First Amendment, and academic freedom. For the last several years, I have been leading similar workshops to empower young activists with a deeper understanding of how free speech principles and the First Amendment facilitate social change.

The idea is to give students the basic tools of analysis they will need when someone in their campus community inevitably says or does something offensive. At each workshop, we present a hypothetical ripped from the headlines, and a couple of weeks ago we used Illya Shapiro’s tweet as a model. Together, we weighed academic freedom against inclusion and belonging, due process against decisive action, chilling effects against counter-speech, and partisan politics against civil discourse.

It’s no surprise that a constitutional law professor’s plight has piqued the interest of fellow legal academics, but whenever these campus controversies arise, my mind goes straight to the relationship between student activists and institutions. Without disagreeing in any way with the policy conclusions reached by David Cole (my boss at the ACLU) and the other contributors to this series, I humbly provide an alternate perspective.

Whose freedom? What speech? Who is the censor?

As readers of this blog no doubt know, but many misunderstand, the First Amendment is concerned with limiting government power to regulate private speech. We are especially suspicious of government censors because they are likely to target dissenting views, limiting our political discourse and inhibiting the growth of our democracy. But when considering the scope of academic freedom, the identity of the censor and of the rights holder can be murky. Indeed, courts disagree about whether individual academics have any cognizable academic freedom interests at all, with some case law indicating that academic freedom only protects public universities from interference by other branches of government.

But even if we accept, as I think we should, a broader definition of academic freedom that protects all participants in the intellectual life of an educational institution, the questions of the scope of academic freedom and the identity of the would-be censors remain. In Illya Shapiro’s case, the fact that his tweet was protected by academic freedom is not really in dispute. He was commenting within his area of expertise, on his private time, on an issue of public interest, in an offensive but not criminally malicious way. So, I turn to the identity of the censors.

Previous posts in this series have focused on the role of university administrators as disciplinary enforcers and erstwhile censors. Others have at least alluded to student activists as the censorial culprits because some called for Georgetown to withdraw Shapiro’s appointment. But this blame is misplaced. Students were understandably offended by the tweet in question and called for immediate action by the university. It should not be shocking that sometimes student activists’ demands are not perfectly tailored to the First Amendment or academic freedom principles, but that does not mean their perspective should be demeaned or ignored. Students’ reactions in these situations are never about just the proximate incident: When I visit campuses students invariably bring up infamous parties, bigoted guest speakers, social media posts, etc. from years ago to explain the campus climate.

It is incumbent upon school officials at every level to listen to student concerns and try to address their underlying grievances, even when the students’ specific demands cannot or should not be met. We should celebrate that students are using their speech rights, organizing, and know how to aggressively push for administrative responses and structural changes on campus. At the same time, administrators should not adopt measures that will overcorrect in ways that damage the academic freedom on campus. Above all, when offensive incidents happen, administrators need to find ways to repair the campus climate, in ways that are both speech-protective and reparational.

Some old arguments should be retired

I would be remiss if I didn’t take this opportunity to point out a few old arguments for free speech that I think have outlasted their utility — that the cure for bad speech is more speech, and the related metaphor of the marketplace of ideas. While counter-speech is undoubtedly powerful in many instances, inherent in both of these arguments is the idea that unfettered speech will eventually and inevitably lead to truth and justice. If we just let every idea run its course, the thinking goes, the good ones will win in the end.

But there is nothing inevitable about truth or justice. And all speech is not equal. Just as the marketplace of goods is full of distortions and structural power imbalances, it is not at all obvious that the marketplace of ideas requires a laisse-faire approach. The question is not whether good speech always wins in the end (a quick perusal of Twitter will indicate that it emphatically does not), the question is what rights do we all have to our ideas and communications, and who gets the power to decide what is true, what is acceptable speech, and what is not.

When trying to convince young progressives especially that free speech is worth protecting, it is important to avoid tired axioms and metaphors that signal a certain ignorance as to the reality of American society.

The kids are alright

When presented with nuanced arguments about why we should be skeptical of granting people in power authority to regulate ideas they find offensive, in my experience, young people get it. That doesn’t stop them from asking important and difficult questions about how we arrived at these norms, and who most often pays the cost of “freedom.” Nor should it. For all the worry about young peoples’ supposed abandonment of free speech principles, I, for one, am hopeful. Student activists today are as energized as any we have seen in generations. They are passionate, well-informed, and think strategically about how to change the society around them. When young activists stop rankling academic elites and institutions, that is when I will start to worry.

Lest we forget, no positive change has come to a university or to a society more generally without fiery dissidents who challenged prevailing wisdom.

Emerson Sykes is a senior staff attorney with the ACLU where he litigates First Amendment cases, including BERT v. O’Connor, a constitutional challenge to Oklahoma’s educational gag order. From 2019-20 he also hosted the ACLU’s weekly podcast At Liberty. Prior to joining the ACLU, Emerson worked on international human rights.