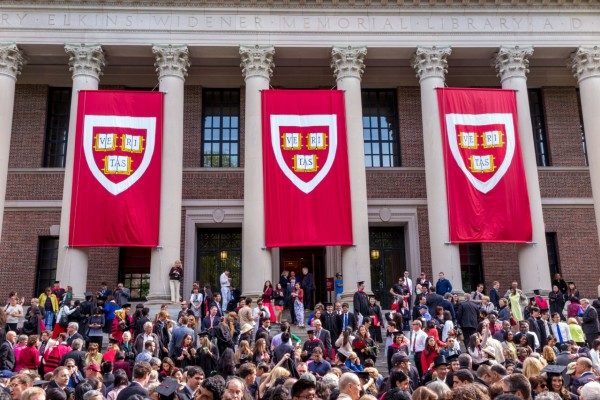 In both the United States and Canada, political and rights-focused organizations have expressed unease about academic institutions’ relationships with China, and the potential for infringements on academic freedom and free expression on campus. Concerns over censorship of speech critical of China are not a new development, but have gained greater attention as details of the suppression of Uyghurs and Tibetans have trickled out in recent months.

FIRE is glad to see increased focus on the impact of authoritarianism on campuses around the world and stands ready to work with interested parties to help combat these threats to freedom of expression at home and abroad.

Leading figures from the College Democrats of America and the College Republican National Committee, as well as a number of advocacy groups including the Uyghur Human Rights Project and Students for a Free Tibet, released a statement last week voicing concern about the relationship between American universities and the Chinese Communist Party in light of both human rights violations in China and China’s encroachments upon expressive rights abroad.

This statement comes only weeks after the Harvard Crimson reported that a Harvard Law School administrator interfered with a planned event on dissent in China in order to preserve the university’s relationship with the Communist regime.

The statement addressed a number of incidents “adding up to a long-term campaign undeniably aimed at expanding the reach and power of the Chinese state’s apparatus of oppression” and posing a threat to academic freedom. The incidents include allegations that China “interfered and prevented students from inviting and hearing speakers of their own choosing” and “undermined the integrity of higher-learning institutions by seeking to bribe and intimidate academics.”

FIRE fully agrees with the recommendations that universities 1) craft reporting mechanisms that encourage community members to sound the alarm about academic freedom violations and 2) disclose the conditions of their relationships with government bodies or other institutions, like Confucius Institutes. FIRE calls on universities to do just that in our “Commitment to Campus Free Expression at Home and Abroad,” which asks universities to prioritize expressive freedoms in their international agreements as well as make those agreements public.

However, the demand for the “revocation of any organizational and/or club status afforded to the Chinese Students and Scholars Association” deserves closer scrutiny. At a public university, the First Amendment requires that recognition of student groups and distribution of student fees be conducted in a viewpoint-neutral manner. The same principle applies at private universities that commit to freedom of expression.

Neither the CSSA chapters’ relationship with China nor allegations of troubling behavior from some CSSA chapters should have any bearing on whether a CSSA chapter at another university is recognized.

Universities too often use similar impermissible justifications to deny the recognition of various groups on campus. For example, in one of its repeated efforts to deny recognition to a Students for Justice in Palestine chapter, Fordham University claimed, “The decision to deny the request to form a club known as Students for Justice in Palestine at Fordham University was based on the fact that chapters of this organization have engaged in behavior on other college campuses that would violate this University’s student code of conduct.” As the response from FIRE and the National Coalition Against Censorship explained:

[T]he Supreme Court of the United States rejected exactly this argument in Healy v. James, 408 U.S. 169 (1972), a case precipitated by a controversy that bears striking resemblance to this matter. In Healy, the president of Central Connecticut State College (CCSC) refused to grant recognition to the campus chapter of Students for a Democratic Society (SDS) based in part on his apprehension regarding the chapter’s affiliation with the national organization—despite the students’ repeated assurances that the chapter would be independent and owed no allegiance to the national organization. Id. Dismissing the president’s justification for denying SDS recognition, the Court wrote:

[I]t has been established that “guilt by association alone, without [establishing] that an individual’s association poses the threat feared . . .” is an impermissible basis upon which to deny First Amendment rights.

A similar incident occurred at the University of Scranton, where the student government denied recognition to a Turning Point USA chapter in part because of its national organization.

If CSSA chapters are engaging in illegal behavior that infringes upon their fellow students’ rights, it should be documented and reported to campus authorities. But across-the-board bans on CSSA chapters are not the proper solution to threats to academic freedom imposed by China’s government.

FIRE would be pleased to work with the signatories on this statement to fine-tune their efforts to combat threats to expressive freedom on campus and protect students engaging in protected political expression.

Last week, Amnesty International Canada released a report, along with other members of the Canadian Coalition on Human Rights in China, on threats facing critics of China in Canada: “Harassment & Intimidation of Individuals in Canada Working on China-related Human Rights Concerns.”

The report addresses various forms of activism related to China in Canada, and includes discussion of the targeting of campus protesters and activists. The report cited the increase in tensions between students protesting in solidarity with Hong Kong and counter-protesters.

It also discusses the case of Chemi Lhamo, a student of Tibetan origin at the University of Toronto Scarborough, whose 2019 election as President of the UTS Student Union resulted in a petition with thousands of signatures demanding she resign because of her political support for Tibet. Lhamo faced harassment and death threats, was given a walkie-talkie so she could stay in contact with campus security, and “[a]t one point, Lhamo was required to close her office for safety reasons.”

Like the statement from U.S. campus political groups, the Canadian Coalition on Human Rights in China also expressed concerns about the impact Confucius Institutes could have on campus expression.

The Coalition’s report offers a number of suggestions for the Canadian government to combat suppression of activism related to China, and on the subject of campuses, “recommends an independent public inquiry into methods and incidents of interference specific to the education sector.”

FIRE will continue to watch for further developments on the relationship between academic institutions and China.

Looking to learn more about how academic freedom fares across borders? See FIRE’s Home & Abroad resource page, as well as our Newsdesk coverage of these issues.