FIRE > Newsdesk > The Eternally Radical Idea > Catching up with ‘Coddling’ part sixteen: Education schools and the possible triumph of the University of Delaware thought reform model 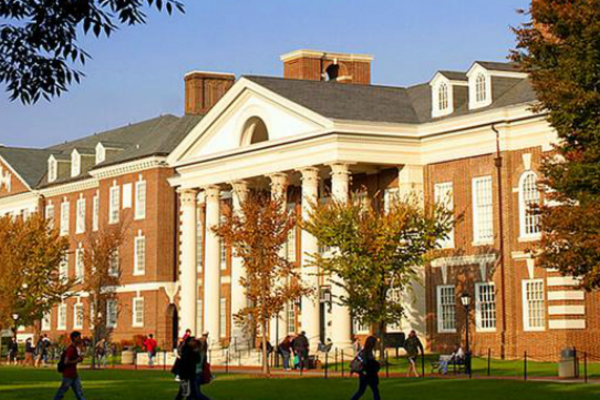 EDITOR’S NOTE: This is part 16 of a multi-part series updating developments since the publication of “The Coddling of the American Mind: How Good Intentions and Bad Ideas are Setting up a Generation for Failure” (2018).

In the previous two “Catching up with ‘Coddling’” entries, we tried to uncover something we missed in our 2018 book: how did current constructions of social justice ideology get to students before they hit campus in 2013-14—and, of course, how does that continue to happen today?

One possibility we considered was increased political indoctrination in education schools (graduate schools that instruct not only future teachers, but increasingly K-12 and college administrators), exemplified by policies adopted by several ed schools around 2006 in which students were evaluated on their “commitment to social justice.” As we pointed out at the time, that is a clear political litmus test. Such tests shouldn’t be tolerated in higher education, but they went largely unopposed at the time (a sign that ideological conformity was already well established). We also showed how easy it was to get in trouble for your opinion in education schools, citing FIRE cases that were particularly troubling.

But upon re-reading Lyell Asher’s devastating 2018 critique of education schools, “How Ed Schools Became a Menace to Higher Education,” I’m starting to wonder if we’ve actually UNDERESTIMATED the role that education schools play in not only the problems we saw in “The Coddling of the American Mind,” but also those we see every day at FIRE. (The Chronicle article is behind a paywall, but a similar version of it was written for Quillette in 2019.)

The article explains that many problems of modern higher ed point to the influence of ed schools specifically promulgating the ideas and programs we lament in COTAM:

But what really got my attention was Asher’s observation that education school graduates dominate the ranks of college administrators:

Everyone knows about the kudzu-like growth of the administrative bureaucracy in higher education over the past three decades. What most don’t know is that at many colleges, the majority of administrators directly involved in the lives of students — in dorms, conduct hearings, bias-response teams, freshmen “orientation” programs, and the like — got their graduate degrees from education schools.

Ed schools, such as Teachers College at Columbia, or Penn’s Graduate School of Education, have trained and certified most of the nation’s public-school teachers and administrators for the past half-century. But in the past 20 years especially, ed schools have been offering advanced degrees in things like “educational leadership,” “higher-education management,” and just “higher education” to aspiring college administrators. And this influx of ed-school-trained bureaucrats has played a decisive role in pushing an already left-leaning academy so far in the direction of ideological fundamentalism that even liberal progressives are sounding the alarm.

Asher points out that the stark political indoctrination program FIRE successfully defeated 13 years ago at the University of Delaware was the product of two graduates from elite education schools, Kathleen Kerr and James Tweedy. To understand why this is so concerning, let us explain to you what we discovered at the University of Delaware in 2007.

The University of Delaware program was so bad, I devoted almost an entire chapter to it in my first book, “Unlearning Liberty,” and it was the subject of an award-winning article by then-FIRE staffer Adam Kissel. As part of residence hall programming, students were subjected to interrogations by their RAs about all manner of personal topics — views on gay marriage, their own sexual orientation, when they discovered their sexuality, if they would consider dating members of other races and ethnicities, and many more.

The following is a questionnaire exchange, reported to FIRE and reproduced in Adam’s article, that led to a student being written up by her RA:

“When did you discover your sexual identity?” the questionnaire asks.

“That is none of your damn business,” she writes.

“When was a time you felt oppressed?”

“I am oppressed every day [because of my] feelings for the opera. Regularly [people] throw stones at me and jeer me with cruel names…. Unbearable adversity. But I will overcome, hear me, you rock loving majority.”

The RAs were also told to report by name and room number the “best” and “worst” students, rated after these one-on-one interviews based on their alignment with the political criteria of the curriculum.

But students weren’t just required to reveal their personal and political beliefs to the RAs. In group activities, they were told to reveal their sexual orientations or made to stand on one side of the room or the other based on answers to questions like support for gay marriage.

Students were told these sessions were mandatory. They were not told that these interventions were called “treatments,” implying that the true aim was to cure wrong opinions like diseases.

One would think after the program was disastrously exposed and condemned by faculty,  the authors of the program would’ve been fired. But look at the career trajectory of a co-author of the University of Delaware program, Kathleen Kerr. In 2007-08, the time of the controversy, she was the Director of Residence Life. In 2013, she was promoted to Executive Director, Residence Life & Housing. In 2017, she was promoted to Associate Vice President for Student Life, a role she holds today.

Indeed, Kerr and Tweedy came out with the book just last year titled “The Curricular Approach to Student Affairs: A Revolutionary Shift for Learning Beyond the Classroom,” advocating, again, for administrators to take an “educational” role in the dormitory and beyond.

In reading the book, you can be forgiven for thinking the University of Delaware residence life thought reform program was a great success, as it is uncritically mentioned as the origin of this re-education strategy. The details of its controversy, failure, and revocation are nowhere to be seen. While the curricular approach in the book does stress social justice, the guide itself is confusingly vague and bland, and hides the fact that the “successful” program in 2007 was an aggressive thought reform program repudiated by faculty and abandoned by its host institution.

So why am I spending all this time revisiting the University of Delaware program?

I confess one of my worries is that indoctrination programs like University of Delaware’s may have become common while escaping our notice. It’s possible the intensity and ideological nature of orientation programs has been turned up so gradually over the last decade that programs that would have been considered outrageous in 2007 are harder for the frogs in the pot* to identify.

It’s becoming clear in doing this research that the problem in education schools could easily fill a book, or likely even several books. But for now I’ve seen enough to convince me that I’d underestimated the role of education schools both in K-12 and in higher education administration, as well as their role in spreading a rigid ideology that is hostile to free speech, due process, freedom of conscience, and academic freedom (this last one it’s only hostile to when research comes to the “wrong” conclusions).

Next up? Tune in and find out!