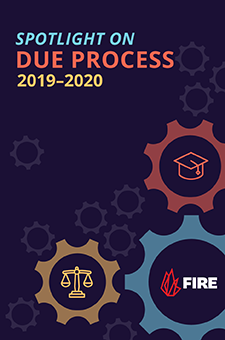 Due process and fundamental fairness are in crisis on America’s college and university campuses. Colleges today investigate and punish offenses ranging from vandalism and housing violations to felonious acts of sexual assault, taking on the responsibility—often at the behest of the federal government—to punish offenses that are arguably better left to courts and law enforcement. But this willingness to administer what is effectively a shadow justice system has not been accompanied by a willingness to provide even the most basic procedural protections that should accompany accusations of serious wrongdoing.

FIRE publishes an annual report that condenses the considerable research in our Spotlight database into an accessible picture of the state of free speech, free expression, and freedom of conscience on our nation’s campuses. The report surveys due process at more than 400 of the largest and most prestigious American colleges and universities, providing readers with key data on individual schools, national trends, and regional ratings. 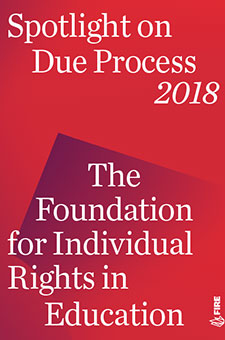 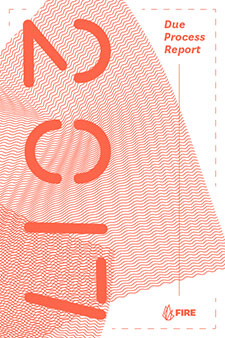